Miller won the 2016 Western States 100, and says that his fitness is quickly returning after a years-long struggle with injuries and the pressures of winning one of the sport’s top races. He’s still just 24 years old, but the last few years have felt like a lifetime. 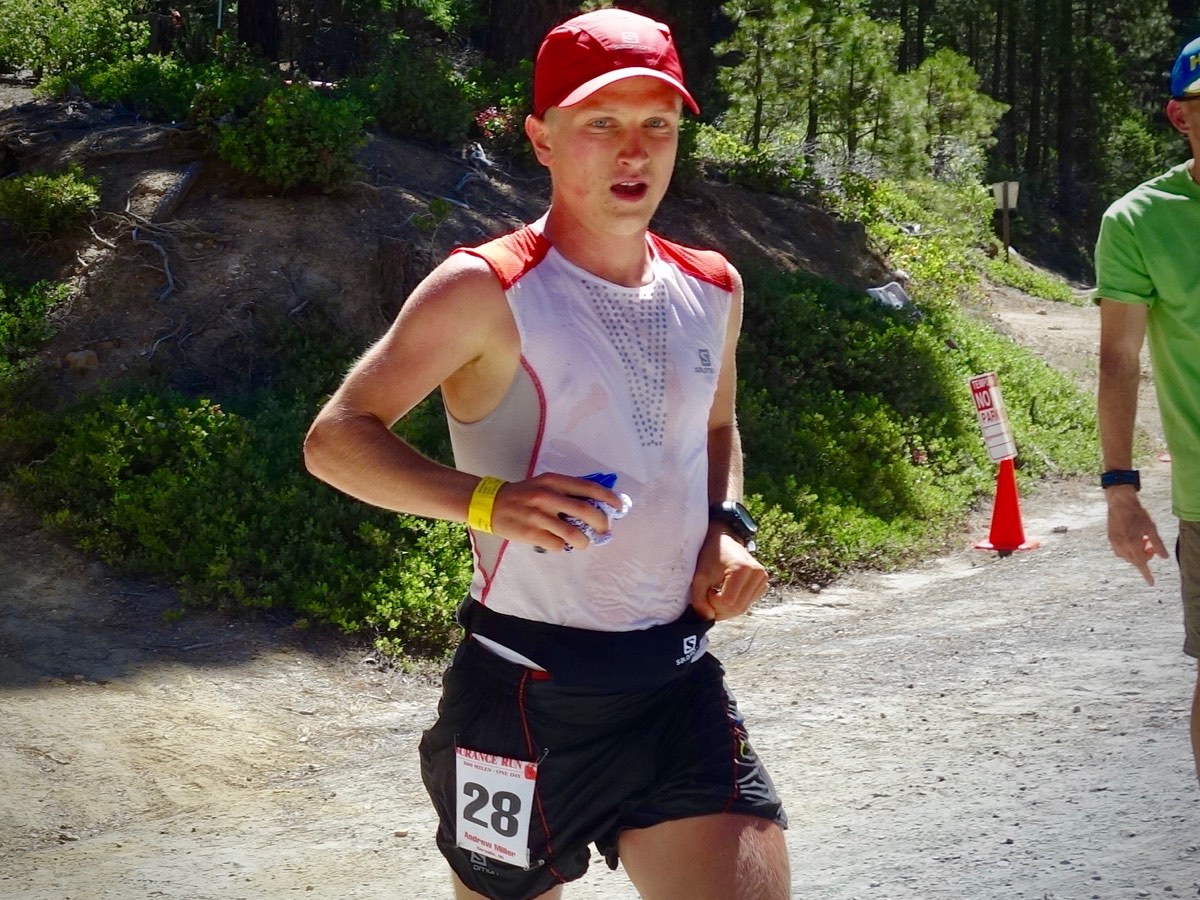 Andrew Miller on his way to winning the 2016 Western States 100. Photo: iRunFar/Meghan Hicks

Back in 2016 he was just off a gap year and then a freshman studying Exercise Science at Northern Arizona University (NAU). Miller is a heavy sleeper, nine to 10 hours a night is great, he says. “Everything is better with more sleep. I get that extra hour or two back in better productivity,” explaining that he doesn’t just run better, but benefits with better focus at school too. Lots of sleep coupled with ultrarunning isn’t the typical college lifestyle and things fizzled during his third semester at NAU.

Miller transferred to Oregon State University in his hometown, Corvallis, Oregon, and changed his major, first to Chemical Engineering and later to Mechanical Engineering. He guesses that he has another year before graduating. 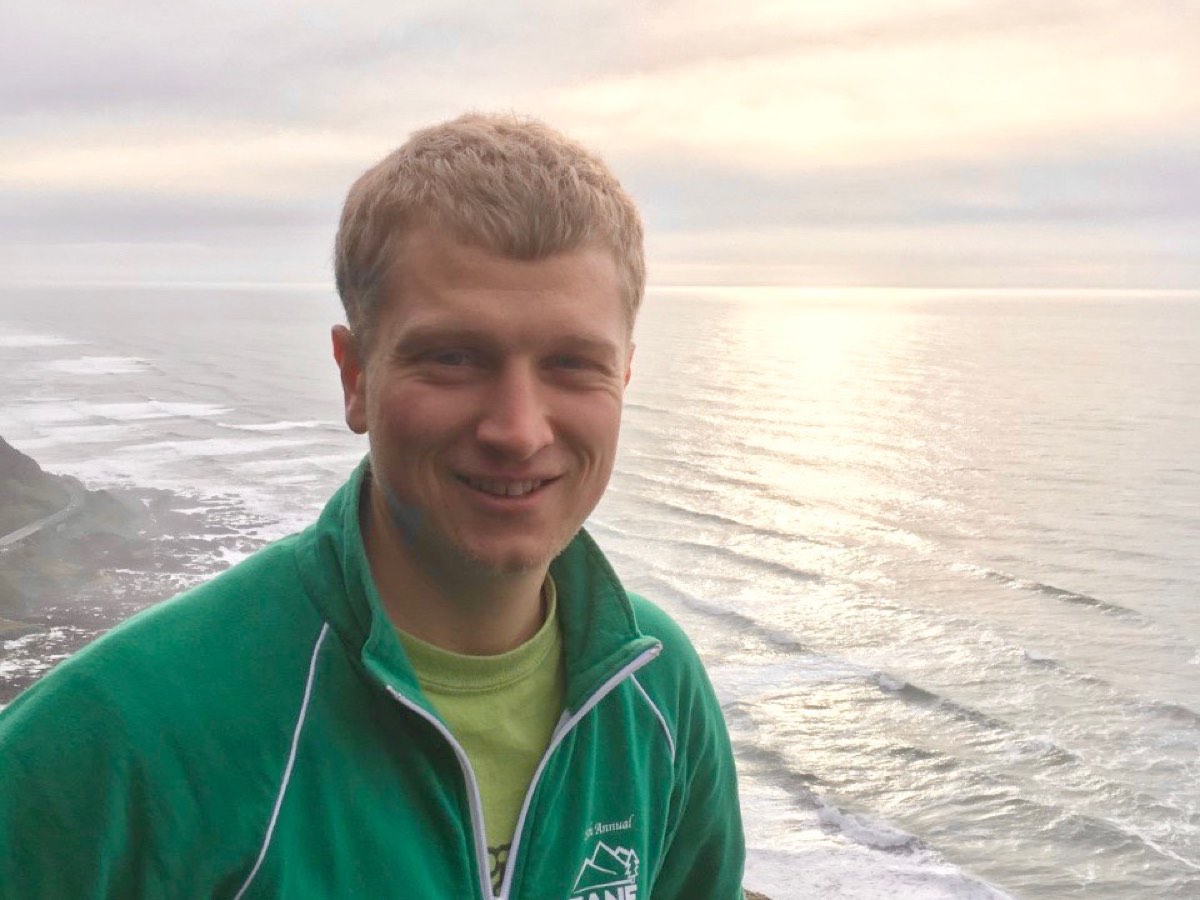 Andrew on the Oregon coast. All photos courtesy of Andrew Miller unless otherwise noted.

“Training was just all right. That was the theme for 2017 and 2018. It was okay, some small injuries but never too bad.” He was stuck in a two-months-on, two-months-off cycle. Miller’s 2017 year was limited to a pair of 50k finishes, and 2018 had just a single ultramarathon finish. Pressed on the injuries, Miller recounts, “Oh, a hip-flexor strain a couple of times, most frequently issues with my calves, tendinitis, shin splints, nothing really bad, just overuse.”

The year 2018 included his third Georgia Death Race win though. He first went southeast on a friend’s tip, and was able to couple the trip with a visit to his grandparents in Florida. “It’s just really cool, the first 25 miles are along a ridge top,” he said of the 68-mile course, and described the unfamiliar but interesting early spring conditions. “There’s deciduous trees, it’s barren, like a dead forest.” That was March of 2018, and it was Miller’s go-to race for a Western States Golden Ticket. “I wanted to go back [to Western States], but I was injured after the [Georgia] Death Race.”

He was back in Georgia in May of 2019 for the Cruel Jewel 100 Mile. He finished fifth, and explained the motivation. “To be honest, I wasn’t in very good shape. I wanted to run UTMB and they said they’d let me in late if I got six more points. I didn’t have the legs for 50k, so of course I didn’t have the legs for 100 miles. I was walking the downhills at the end, it was frustrating.” 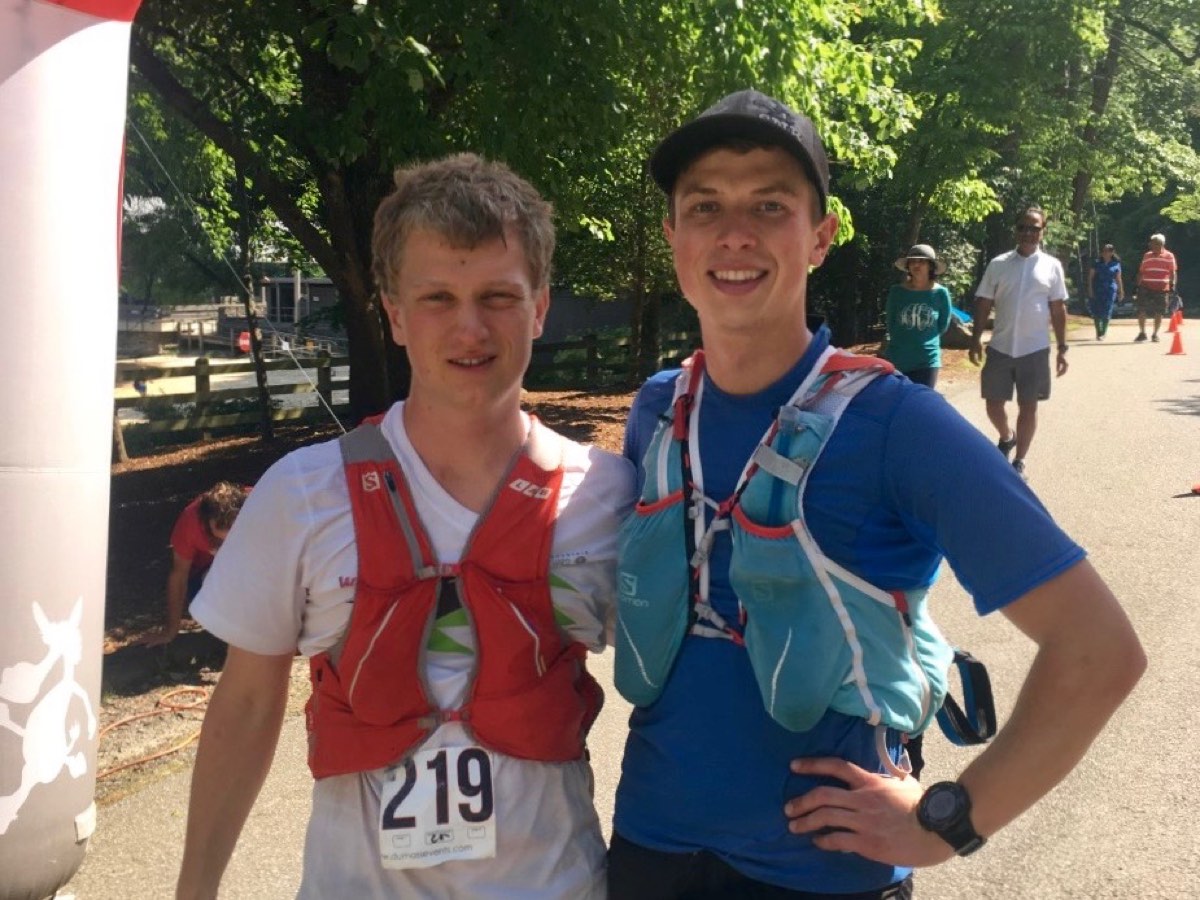 He finished Cruel Jewel though and got to UTMB in August of 2019, still not in great shape and planning to start conservatively. “Andrew Miller is also moving through the field – at Refuge Bonatti (92k) he’s in fifth, + 62 mins. No poles,” read the iRunFar tweet, during the race coverage. I read it aloud to Miller and he answers. “Yeah, I guess I got up to fourth at one point? I had no idea. I didn’t know I was in the top 10 until Courmayeur, 80 kilometers in, and they gave me an extra [GPS] tracker. I was in seventh or eighth then.”

Miller did not finish at UTMB though. “It was an interesting experience. I got there a week before the race and never felt very good. The travel, time change, I don’t like traveling very much, and the 6:00 p.m. Friday start was weird. I didn’t know what to eat that day, what to do that day, or even the day before. There were so many different factors, and I just wasn’t excited at all.” A side stitch that wouldn’t pass eventually wrecked Miller’s downhills and after walking for a few hours, he dropped at Champex-Lac, 123k (76 miles) into the race.

“I didn’t have the wind to run. It was a combination of all of the factors.” He’d avoided a lot of the pre-race hype up to race day by staying in nearby Vallorcine, 10 miles from the race start in Chamonix. “I’m more of a quiet guy, and I wasn’t ready to embrace it,” he said of the UTMB experience and excitement. 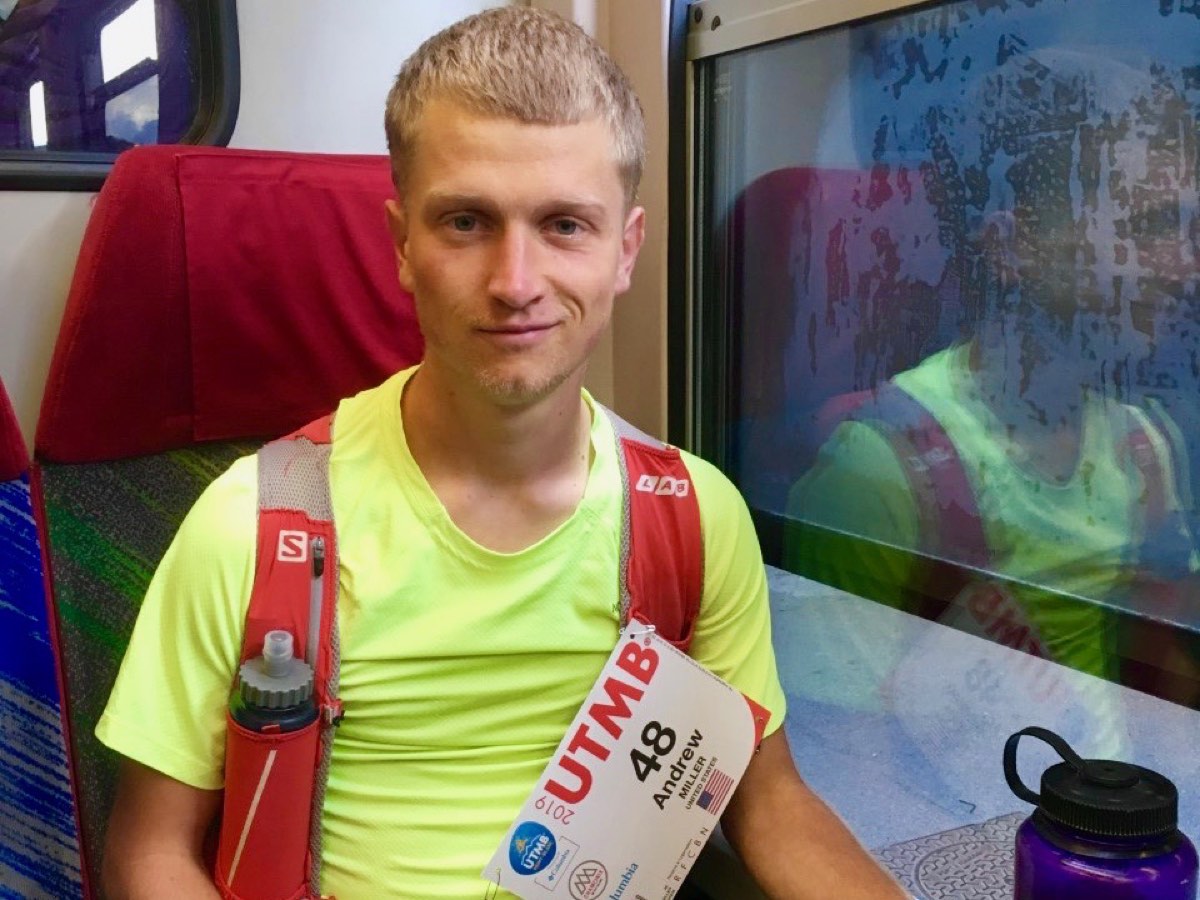 Timeline cleared, Miller turns reflective on the ups and downs of the last few years.

“This January I was just like, What am I doing? It felt like a job.” He keeps going. “After Western States [in 2016,] I realized how fast I could be,” and he started feeling the “expectation to run that fast, and that took the fun out of it. I felt like I had to do this run. It got into my head a little bit. I took the fun out of it for myself being too serious. Short distance, I’m not very fast at, so I focused more on improving speed, improving my weakness. I was having too much structure.”

While not just impacting him mentally, this change in training likely contributed to the injury cycle too. Eventually, Miller came to realize better. “I’m successful when I just go run a lot. All stress adds up the same way, and running is a stress. It was counterproductive,” he said of his former training program.

None of that’s the case now. “I feel really good, I’m excited, patient, I’ve been making steady progress. It’s been so long since I’ve had a good race. It takes time, I’ve just got to do what’s fun. Since January I’ve been feeling good,” while running 15 to 20 hours per week and mountain biking on top of that. Though turned more carefree, Miller insists that his competitive fire is still there. “I’m more excited to race than before, actually.”

“If people thought I disappeared, that’s not the case. It’s just been a few injuries, but this year feels different,” he pushes at the end of our chat.

This year definitely feels different for a lot of us, and I really hope that Miller gets to race in 2020 too.

Do you have any catch-up stories about racing, running, adventuring, or mountain biking with Andrew Miller? Leave a comment to share! 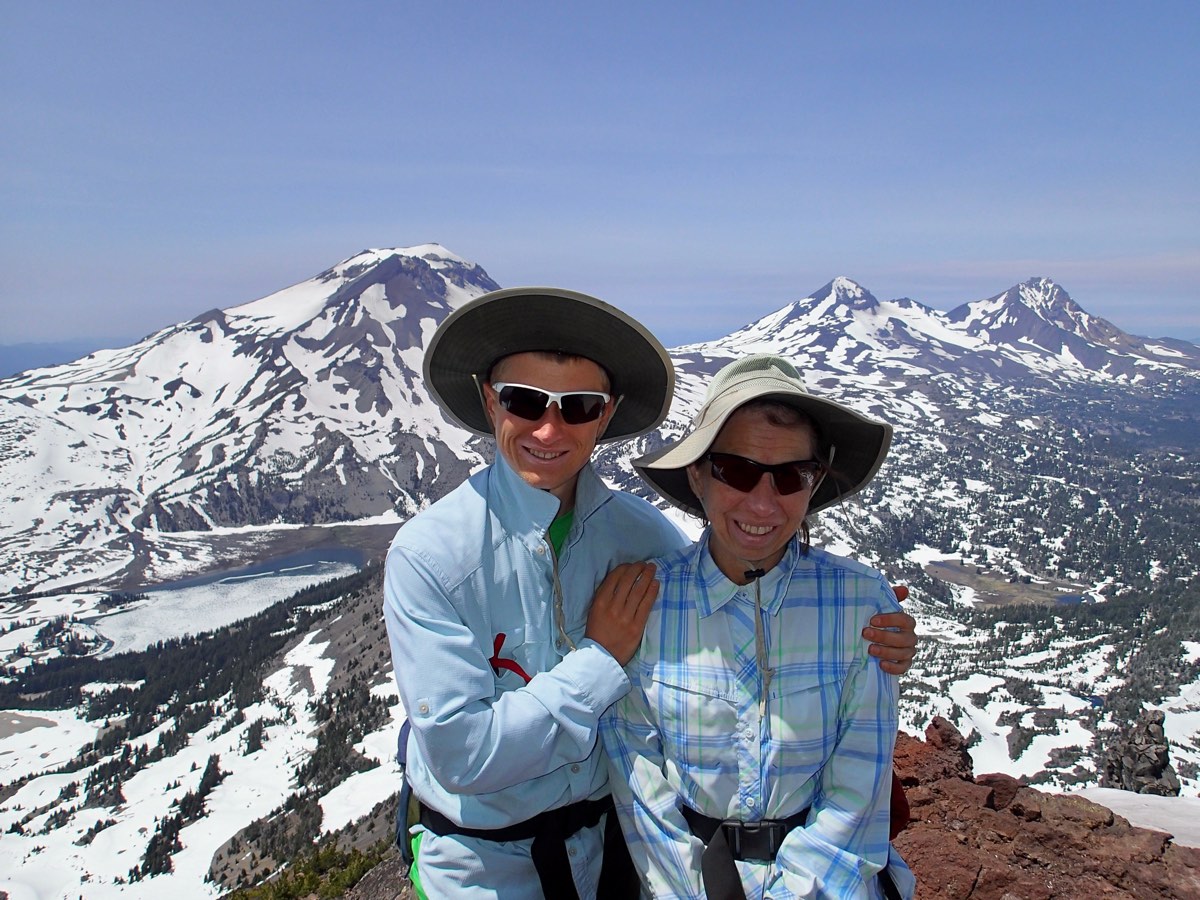 Andrew and his mom Anne Miller backpacking in Oregon.