“When I first saw your note, I was a little bit gutted. Just that I could be considered being over the hill,” Jez Bragg said. I immediately apologized, hoping that this “Catching Up With” column isn’t something of a Heisman curse for ultrarunners. Bragg’s cheeky comment was in good fun, and just a few weeks ago he ran 4:19 at the Barry 40 Mile Track Race race. Now 39 years old, he can clearly still be competitive.

Bragg, who lives on England’s South Coast, was diagnosed with Crohn’s disease when he was 18. The inflammatory bowel disease is estimated to impact one of every 650 people in the U.K., and is without cure. At the time he suffered from typical Crohn’s symptoms like “flare-ups, cramps, and stomach pains,” he recalled. “My weight was bouncing around, having spells.” Bragg responded to the diagnosis by getting fit, and turned to running. “I wanted to give myself the best possible chance (at being healthy),” he said. It’s not certain what causes Crohn’s disease, but Bragg is certain that it’s hereditary, and he’s acutely aware of a limited immune system during the U.K’s COVID-19 lockdown period. 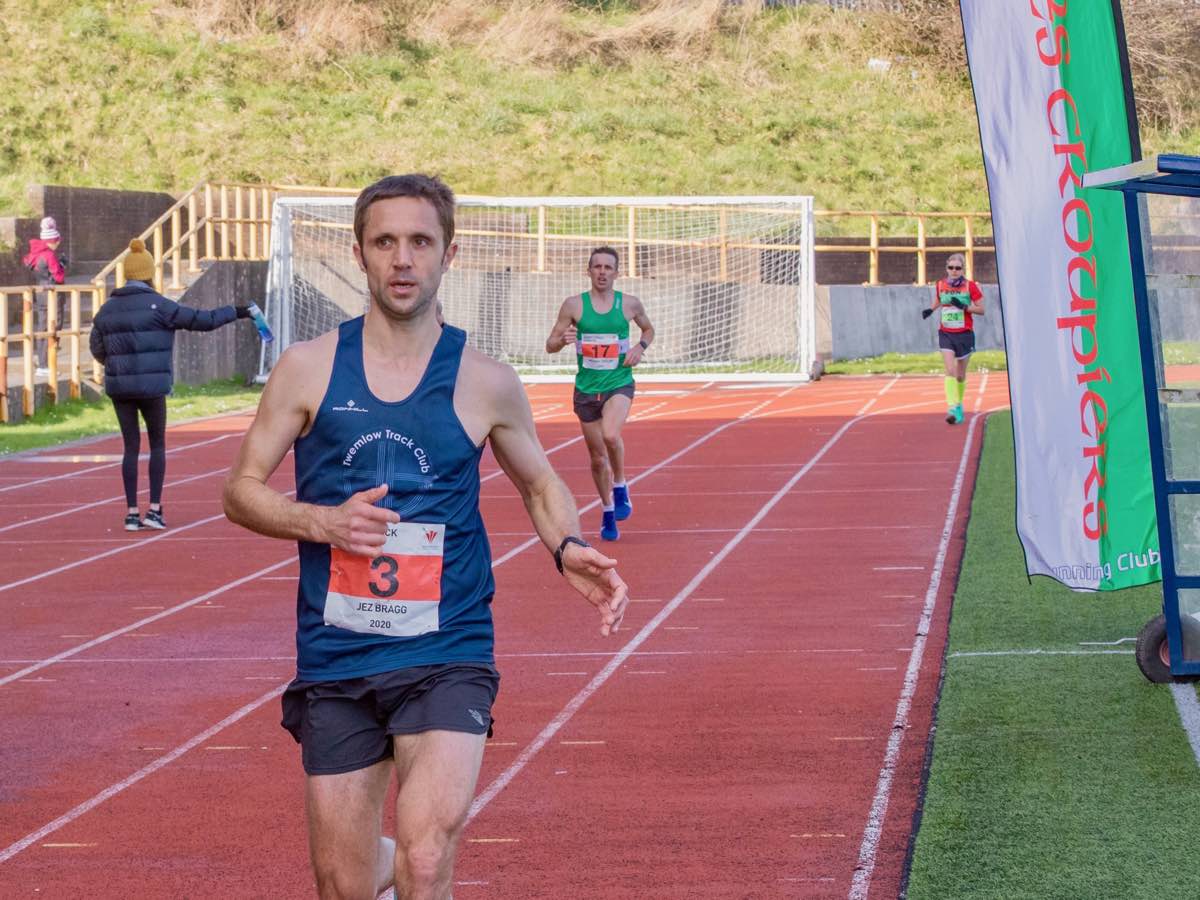 He ran his first marathon at age 21 when finishing university, and three years later was up to 145 miles in distance, taking third at the Grand Union Canal race in 2005. He ran both roads and trails and though winning a U.K. 100k national championship and competing at the IAU 100k World Championships, called himself “not a natural road runner” and a “thick-set runner” who always had “decent strength. I usually worked my way through the field to podium at the end.”

Bragg was third at the 2009 Western States 100, finishing behind Hal Koerner and Tsuyoshi Kaburaki (Japan). Even for a British runner like Bragg, he said that Western was “at the top of the list, before the [current] crazy demand.” In 2011 he was fourth, but only 20 minutes behind race winner Kilian Jornet. “I think there was a group that got lost early that year and Kilian came past me just before Foresthill [at mile 62] and didn’t really put that much time on me. I was in exactly the right place at Foresthill,” Bragg remembered with a head shake, regretting the one that got away. “Western [States] suited me really well. I was psyched every time.”

He won the 2010 UTMB and Bragg’s adventures went longer in 2012 and 2013 with a 53-day, 3,050-kilometer (1,900-mile) run on New Zealand’s country-long Te Araroa Trail. He did all of this while dealing with Crohn’s. “I managed it through my whole career. Early on people didn’t really know. It’s a private condition, and I wanted to show no weakness in races,” he reflected. Pressed on how he managed the condition during races, Bragg answered, “I don’t know. I was in the bushes quite a lot. It sounds funny but I have a relatively strong gut, I don’t puke, no nausea. But Crohn’s is really unpredictable and could be a nightmare. I got used to it, if you got to go, you got to go. At the sharp end of a race, it could be a big added challenge, but my love for the sport overrode the annoyance.” 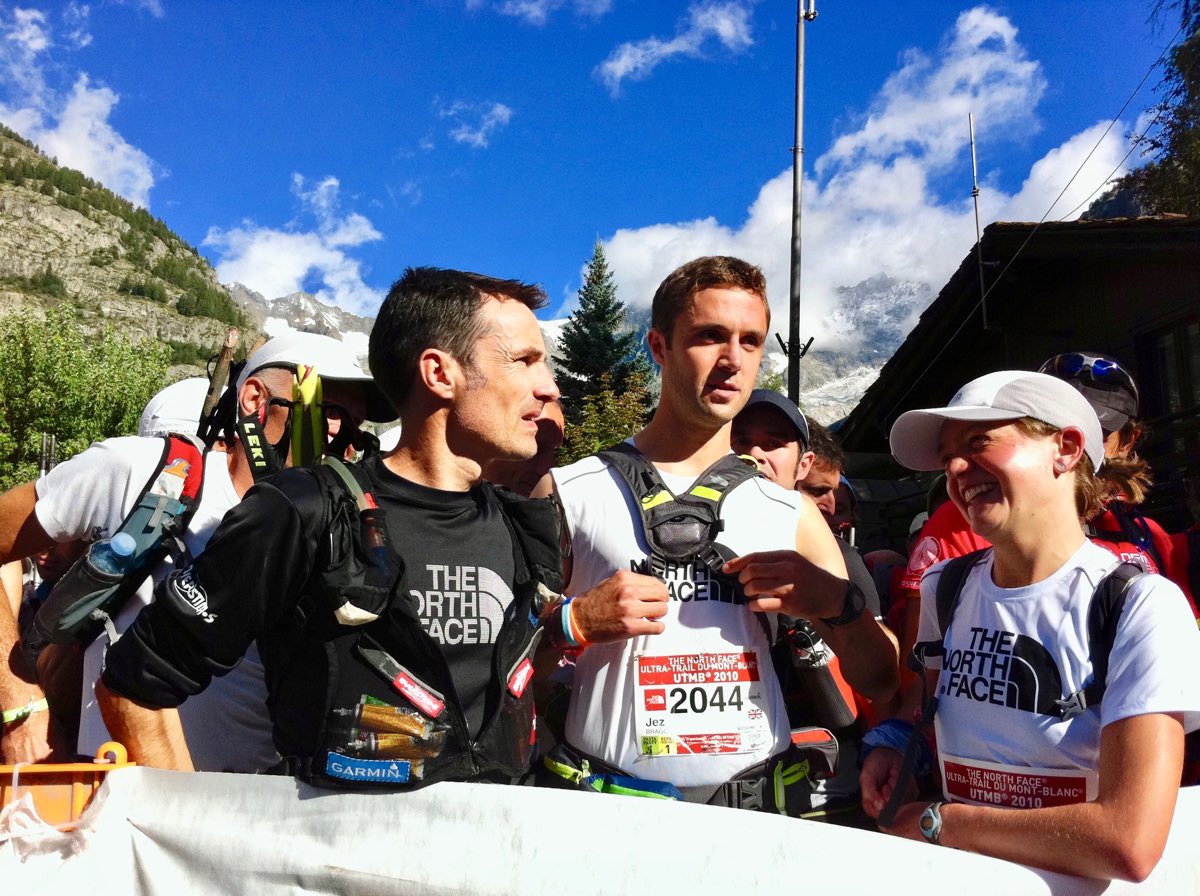 In 2014 he was 11th at Western States, 19th at UTMB, and in 2016, 70th at UTMB. “It was becoming a slog at that stage, health-wise things were catching up to me,” Bragg described the period. “I tried to just soldier on, and that was probably the wrong attitude. It’s hard to recognize [what’s happening] when you know you have the potential for more. It took me several years to just chill out, and I definitely have now. I could still string together fitness if I had the time, but I’ve got that contentment and don’t feel I have to.”

Bragg opened up publicly in 2019, blogging on his iPhone in the middle of an eight-day hospital stay. “It crept up in recent years,” and the hospital trip was “an eye opener. I figured now I can tell my story a bit.” Bragg left the hospital without surgery and celebrated the medical improvements of recent years. “The new therapy is by infusion, and every eight weeks they put a couple of bags through me, it’s really effective,” he simplified the complicated science. While in the hospital and after, he was “quite philosophical. I saw how bad it was, and was pretty content with my running.”

He typically runs 60 to 70 miles per week still, but went as high as 100 per week while training for the earlier-mentioned 40-mile track race and points out that his 40-mile pace was way faster than his 100k road pace of his peak years. Bragg lives in Dorset county on England’s South Coast and benefits from a strong group of runners nearby. “Steve Way lives just up the road, literally just up the road,” he said of the British 100k road record holder. 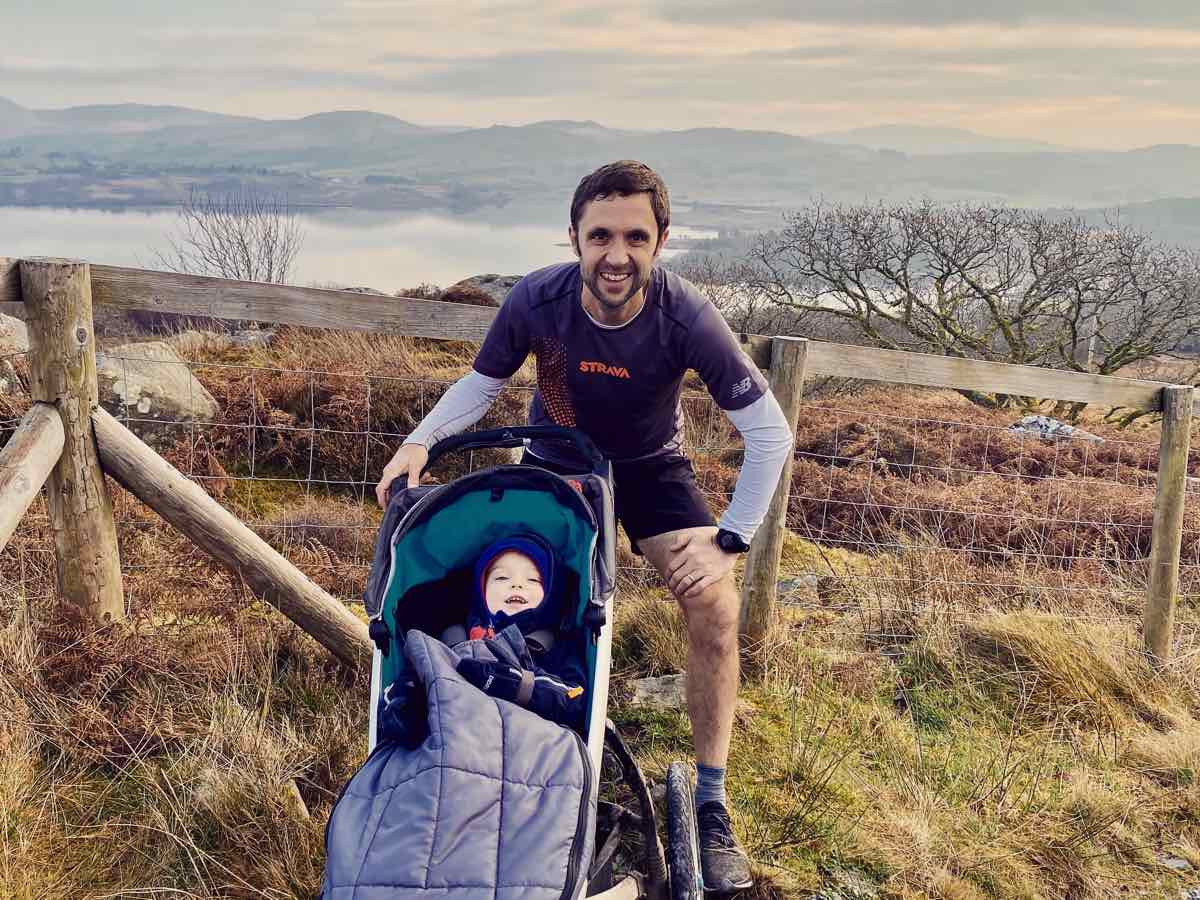 Running aside, Bragg says he’s, “always on the go, it’s how I keep feeling good.” He calls out projects in the garden, trips to a family cottage in north Wales, work, and family. Bragg is a construction project manager, leading his own company, with specialty in theater. Pre-COVID 19 lockdown, he’d spend a few hours on a train three times a week to London, and he says he’s still fortunate. “Theater is pretty big stuff in the U.K.,” he relates and calls out past projects with the Royal Shakespeare Company, the Royal National Theatre, and work on the West End of London. “I’m quite lucky actually,” about his current work, pointing to two projects that continue thanks to their proximity to completion. I’m not familiar with the theater scene, but when he names the Piccadilly Theatre, even I understand. Further out, he looks forward to work with Moulin Rouge!’s tour to London in 2021. “I maintained a career through the whole thing, so I was limited in my running. I was never overtrained, I just didn’t have the time,” Bragg explained.

It’s Victory Day, a national holiday, the day we speak, and he’s at home with wife Gemma, two-and-a-half year-old son Milo, and six-week-old daughter Romilly. They’re quickly planning to upgrade their single-passenger buggy for a double for family runs.

We’re wrapping up and Bragg takes one last look back. “I wouldn’t swap it for anything, but sometimes I replay it, how I would’ve changed it. Could I have been better, or would it have been too many miles?” I don’t know the answer to that, but I know he’s going to have a lot of fun with that double running stroller. 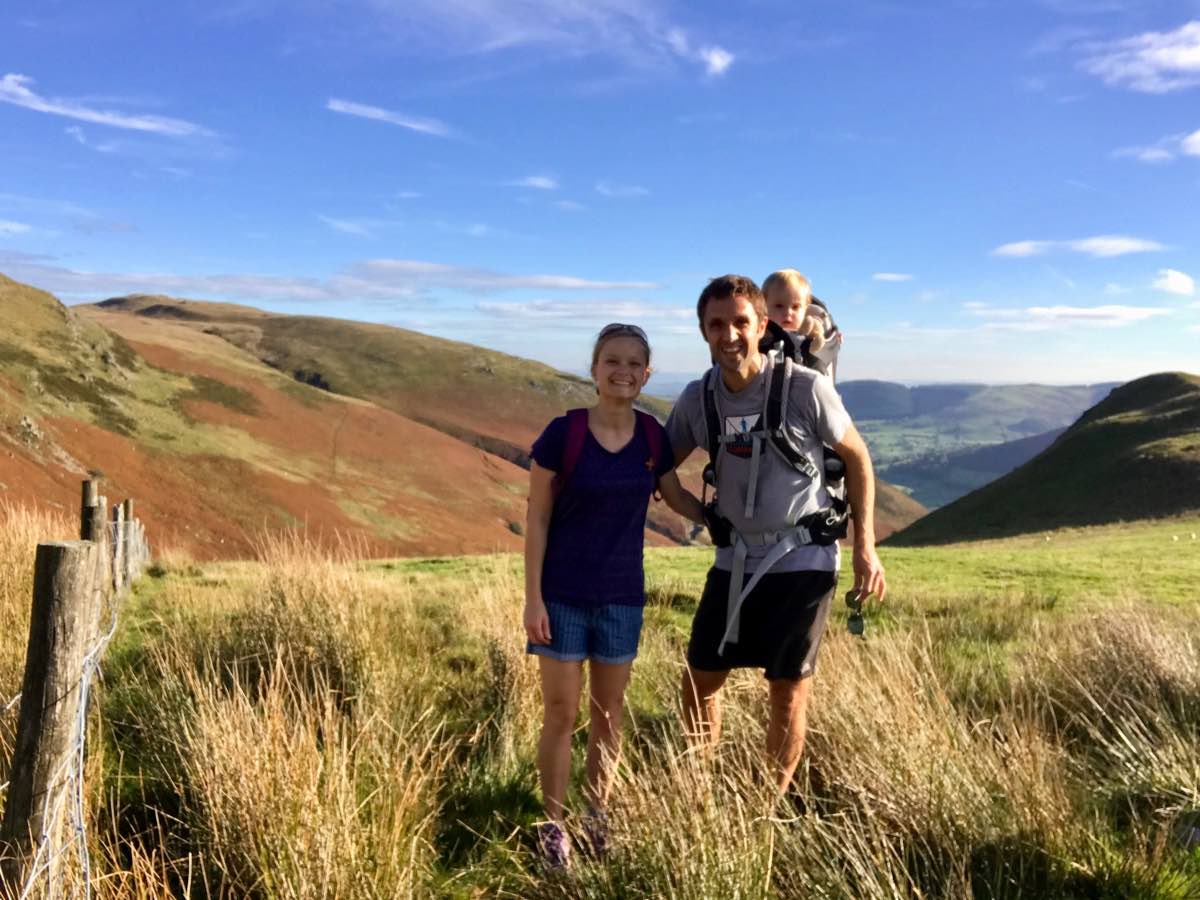 Jez along with wife Gemma and son Milo. Photo courtesy of Jez Bragg.