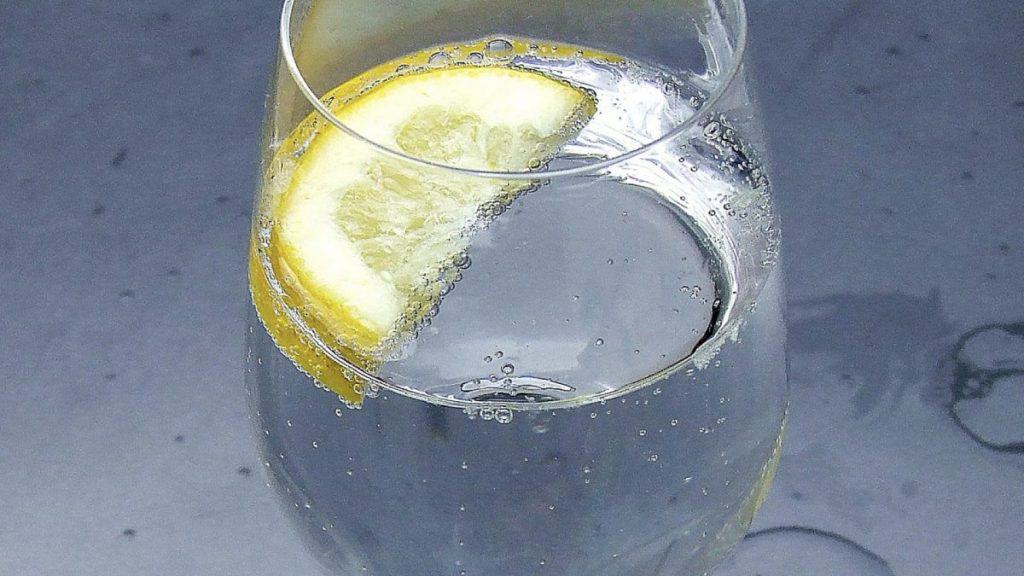 “Natural bubbling or sparkling mineral waters have been popular for thousands of years,” but manufactured sparkling water was first “‘invented’ in the mid to late 1700s” when a clergyman suspended water over a vat of fermenting beer. “For centuries, carbonated water has been considered capable of relieving gastrointestinal symptoms, including dyspepsia,” or tummy aches. But we didn’t have good data until a study was published in 2002, which I discuss in my video Club Soda for Stomach Pain and Constipation. Twenty-one people with dyspepsia, which was defined in the study as “pain or discomfort located in the upper abdomen” including bloating, nausea, and constipation were randomized to drink one and a half quarts of either carbonated or tap water every day for two weeks.

Carbonated water improved both dyspepsia and constipation compared to tap water. “Drink more water” is a common recommendation for constipation, but researchers didn’t observe a clear benefit of the added tap water. It seems you need to increase fiber and water rather than just water alone, but sparkling water did appear to help on its own. The study used a sparkling mineral water, though, so we can’t tell whether these effects were due to the bubbles or the minerals.

There’s been a concern that carbonated beverages may increase heartburn and GERD, acid reflux disease, but that was based on studies that compared water to Pepsi cola. Soda may put the pepsi in dyspepsia and contribute to heartburn, but so may tea and coffee in those who suffer from heartburn. That may be partly from the cream and sugar, though, since milk is another common contributor to heartburn. Carbonated water alone, though, shouldn’t be a problem.

Similarly, while flavored sparkling drinks can erode our enamel, it’s not the carbonation, but the added juices and acids. Sparkling water alone appears 100 times less erosive than citrus or soda. So, a sparkling mineral water may successfully help treat a stomach ache and constipation without adverse effects, unless you’re the teenage boy who opened a bottle of sparkling wine with his teeth or the nine-year-old boy who tried to do so on a hot day after he’d shaken it up, actions placing them at risk for a pneumatic rupture of the esophagus.

Some of my other videos on beverages include:

PS: If you haven’t yet, you can subscribe to my free videos here and watch my live, year-in-review presentations: