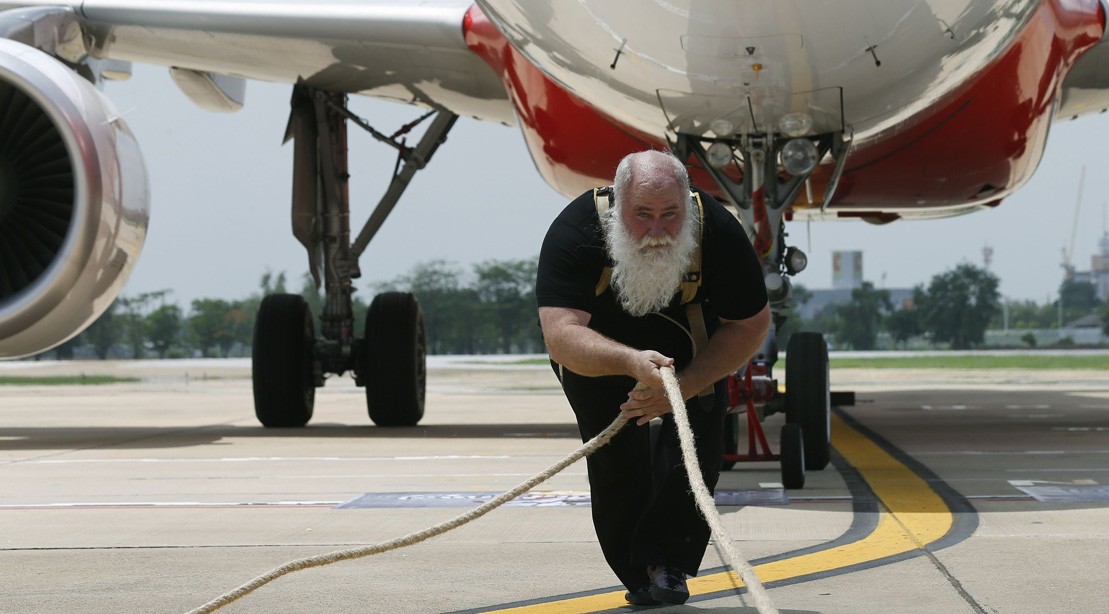 When you think of a pastor, you probably envision a smaller guy who buries his nose in spiritual books all day. Kevin Fast knows that, and he doesn’t care that his strongman hobby isn’t what people expect from a Lutheran pastor.

Fast, 56, boasts around a dozen Guinness World Records, he said in a recent video for the New York Post. His record-breaking feats include pulling a house that weighed 79,145 pounds, pulling a fire truck over 100 feet, pulling a 416,299-pound aircraft nearly 30 feet, and winning an arm-wrestling match with a 31,900-pound firetruck (to name just a few).

He’s been a pastor for 27 years now, but he doesn’t talk about his strongman achievements while he preaches. In the gym, however, he finds that his profession carries over.

“In the strength scene where I compete, people know I’m a pastor, and they’re always asking me questions and wanting help or my opinion on different things,” he explained in the video. “So in church, I’m just a pastor, and in strength, I’m sort of a pastor there, too.”

Even more amazing is that he apparently doesn’t spend all day in the gym. In the same video, a personal trainer from his gym said that he “trains for maybe half an hour in the morning, then goes home and has some doughnuts and takes a nap, but he’s still way stronger than anybody that I know.”

Fast says that even now, he often gets scared while sizing up his next feats of strength. But he moves past pain and channels his mental strength to get them done. His strength is so remarkable that the University of Southern California studied his body and found out that his bones are thick and dense, and that his body is able to release adrenaline on command.

“I believe it was a gift given to me by God, and I use it as long as I have the gift, so I’m still going strong,” Fast said.

Check out the full video below to see Fast in action and get his take on the feats of strength he manages to complete.