Salty foods are often seen as being bad for you, since excess sodium can contribute to heart disease, stroke, and water retention/bloating. Yet there are actually naturally salty foods that are super healthy for you—and you don’t want to ditch them from the diet completely or else you could miss out on some excellent nutrition and flavor.

Of course, you’ll want to eat these high-sodium foods in moderation—not too much in one sitting—or else you could hold water uncomfortably (and feel puffy and lethargic), and you might put your cholesterol and heart health at risk for the long-term.

Still though, here are a couple of salty foods that you can totally enjoy in your diet, since they offer some nutritional perks, have great taste, and they can help balance out electrolytes—something especially useful if you’re active and workout regularly. (That’s right—you do need some sodium to replenish electrolytes after a sweaty workout.)

“A one ounce serving of popular castelvestrano olives contains close to 250 mg of sodium, but when eaten as a part of an overall healthy pattern, this amount contributes to the daily recommended intake of 1500 mg for most people,” says Kelly Jones, MS, RD, CSSD, LDN.

Not only do olives add some salty flavor to meals, but also they are good for your heart, too. “Olives are a healthy food, providing monounsaturated fats which help support the cardiovascular system as well as normal inflammatory function,” she says. So, feel free to nosh on a few or add as a topper for thin crust pizza, salads, chicken and fish, and more. 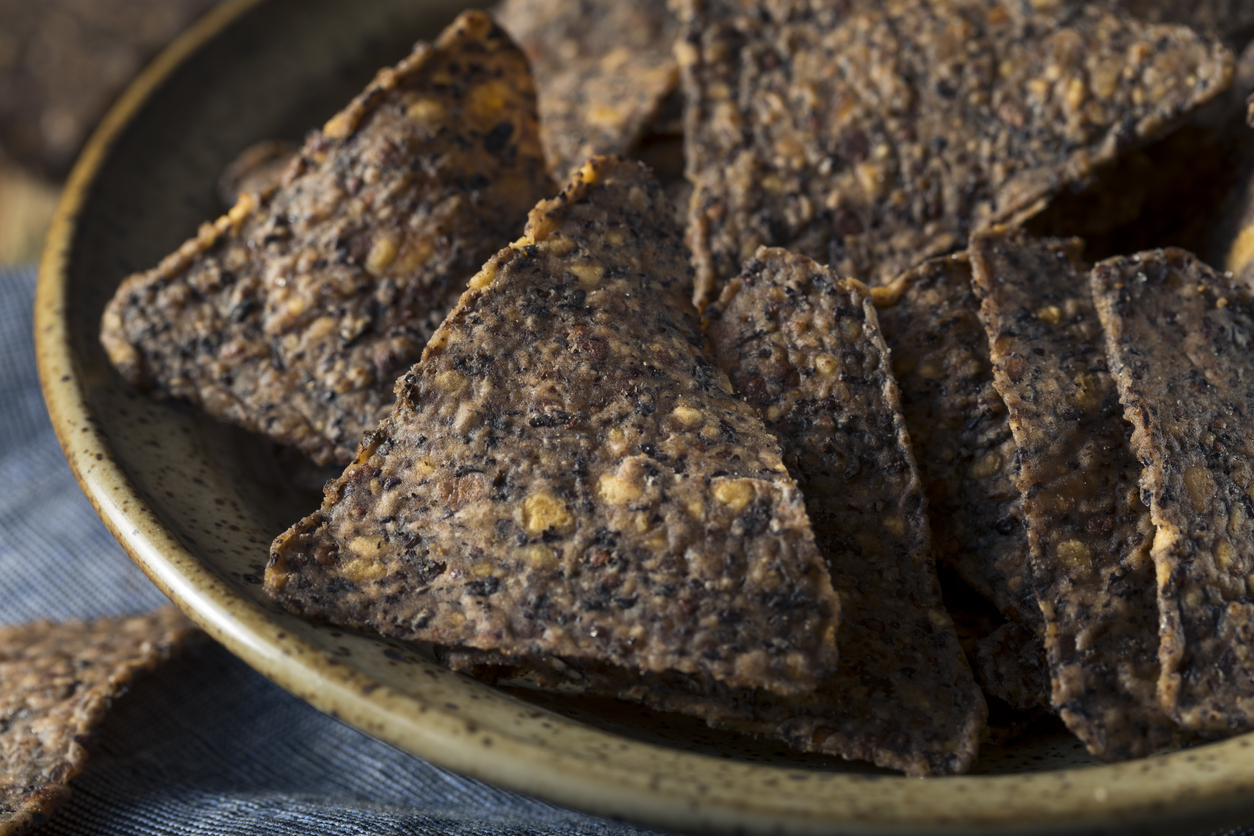 A healthier type of chip will offer saltiness but some good protein, potassium, and fiber. “One ounce of bean based tortilla chips does provide 180 mg of sodium, but also offers 150 mg of potassium and 4 grams of fiber,” she says.

“While people may watch sodium for blood pressure reasons, our balance of sodium and potassium together are what really contribute more,” she says. While the average American is recommended to have roughly three times more potassium than sodium (4700 mg vs 1500mg), by choosing bean tortilla chips over corn you can at least contribute more to your potassium needs for the day. The fiber also supports heart health and digestive functions.

You can also reach for protein chips, which will have a high dose of satiating protein and fiber, and they will be lower in calories and fat than traditional chips. 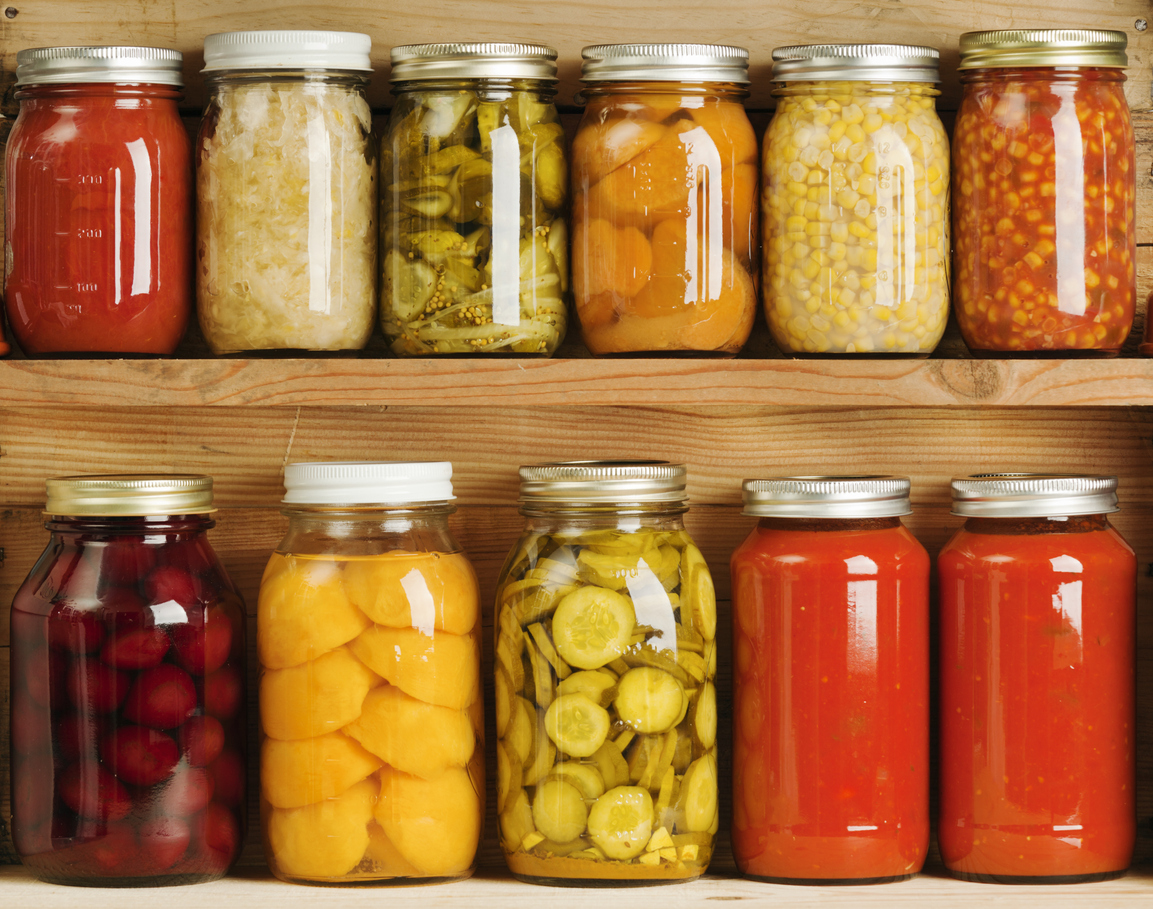 Canned vegetables get a bad reputation for their sodium content, but it’s always better to eat a vegetable with sodium than to not eat a vegetable at all! “By draining the liquid out of the can before heating, you can remove some of this,” she says.

Plus, vegetables also contribute potassium and fiber, as well as a variety of other vitamins, minerals and phytochemicals that support the body in the short and long term. So, you’re better off eating them throughout the day, even in a can!

“Children and adults who include canned vegetables in their diet have been found to have higher overall diet quality, too,” says Jones. So, it’s a win-win for the whole family. 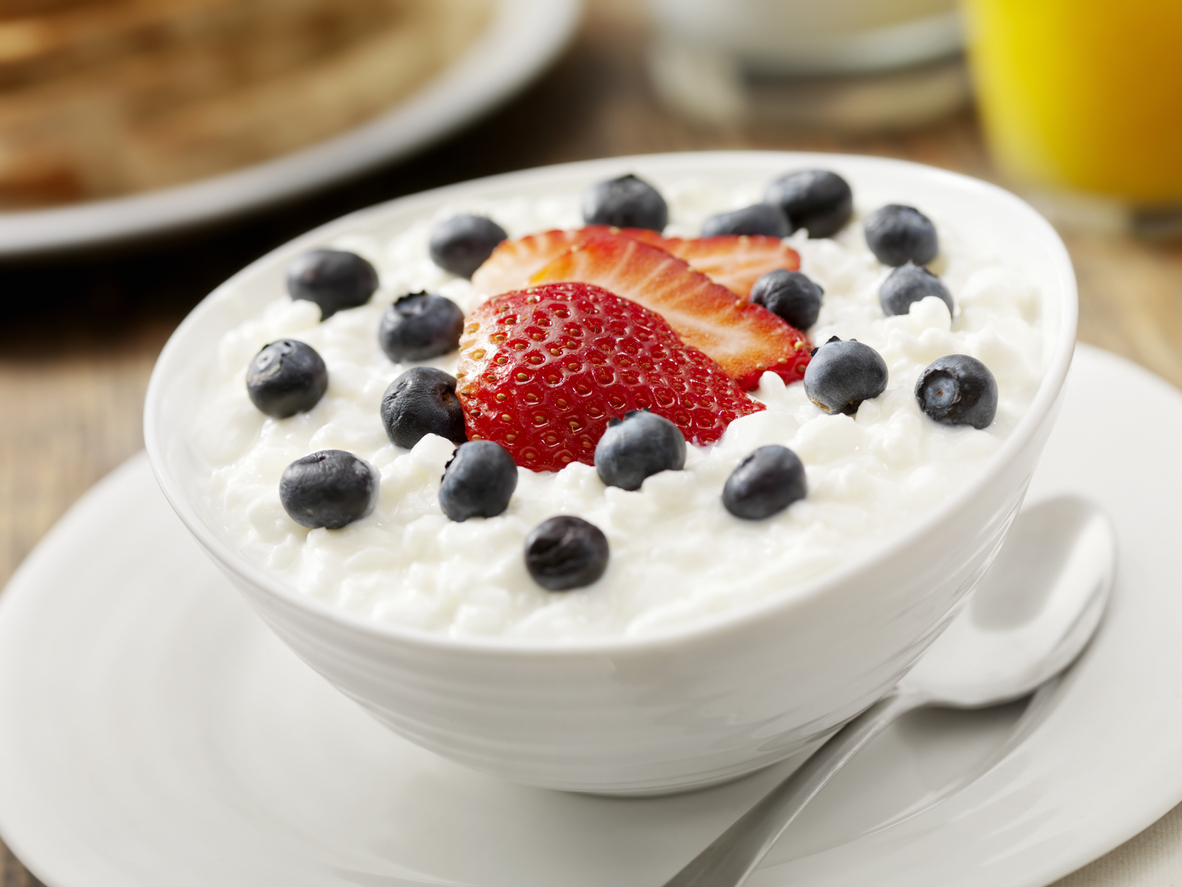 You don’t need to ditch your go-to breakfast, since cottage cheese has lots of calcium and protein to boost bone health and fill you up. Yet, “some people are surprised to hear a half cup of cottage cheese may provide up to 500 mg of sodium. And while there are low-sodium varieties, sometimes eating exactly what you crave helps to reduce the chances of overeating, which could lead to increased sodium intake anyway,” she says.

As for protein, it offers 14 grams of satiating protein in that half cup. Enjoy it as a snack with some fruit for a potassium boost, too, or add in nuts and seeds instead. (Go unsalted, if so, to keep total sodium lower.) 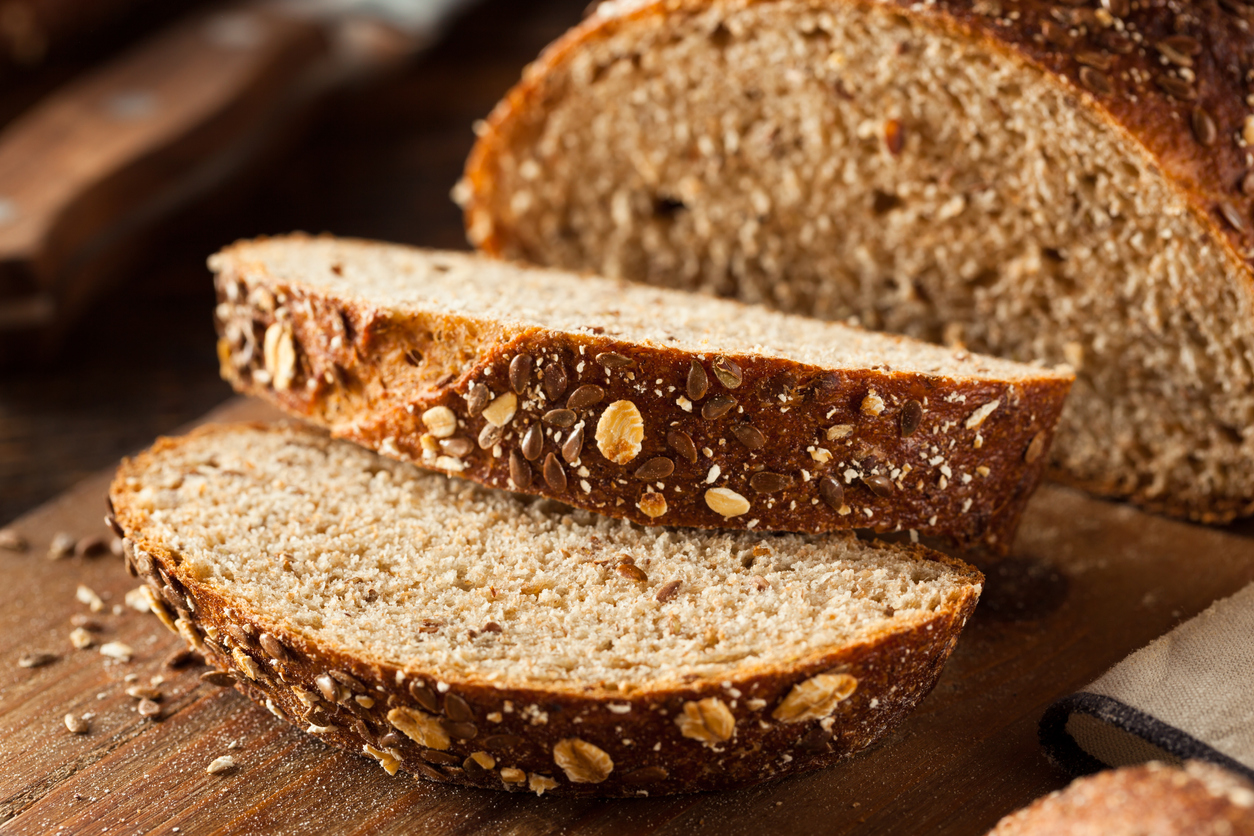 Bread is another food that provides more sodium than expected—and while white bread isn’t great, a whole grain or low-carb bread option can be good for some quick carbs, especially pre-workout.

“I most often eat and recommend sprouted grain bread. While it still contains 80 mg per slice (which adds up in a sandwich with other high sodium ingredients), it also offers 4 grams of filling protein, 3 grams of heart healthy fiber, and a variety of other vitamins and minerals that support the heart and body functions,” she says. 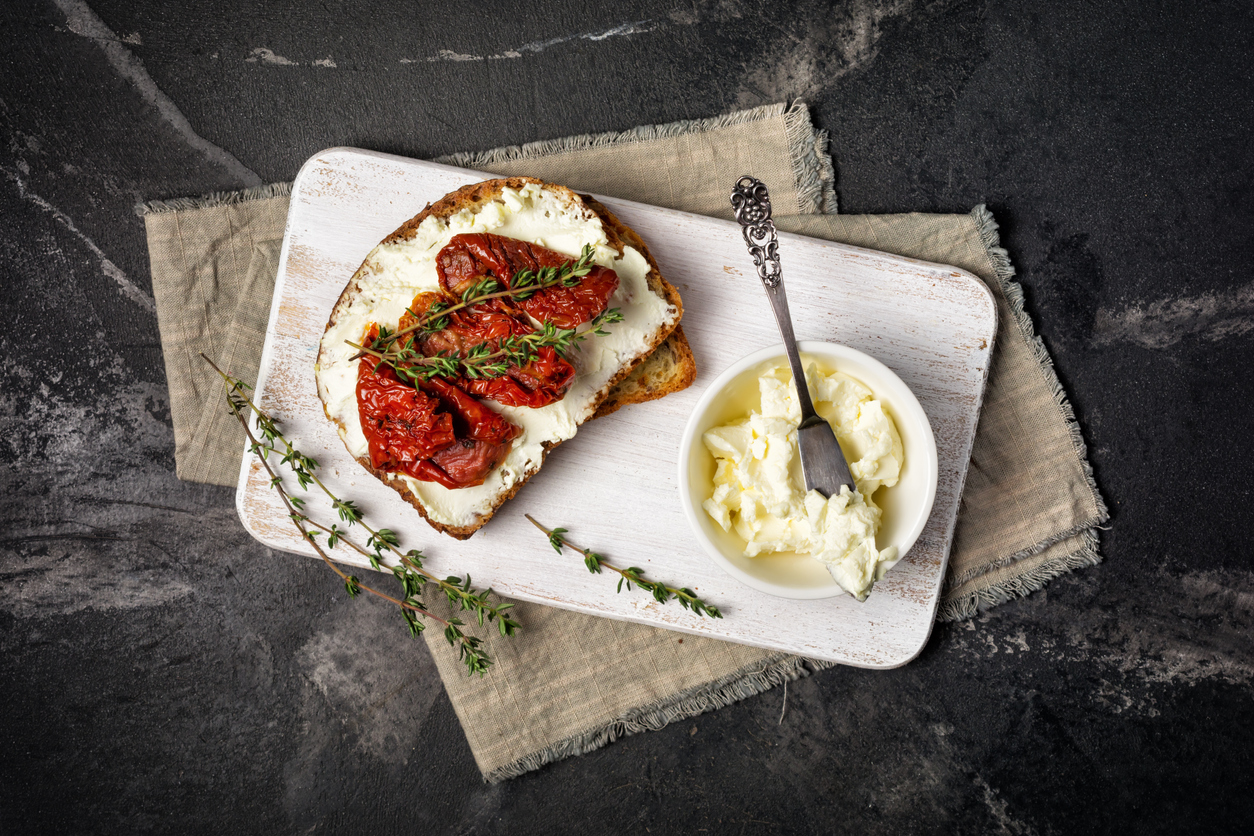 A one-ounce serving of jarred sundried tomatoes gives you anywhere from 75 to over 400 mg of sodium in many cases, but it is also a concentrated source of the nutrients tomatoes have to offer. “In addition to vitamin C and fiber, you’ll also benefit from a variety of carotenoids, including lycopene. This well known phytochemical has been associated with a reduced risk of heart disease and prostate cancer,” she says. So, feel free to use as a topper on pizza, salads, cheese, and protein bowls.