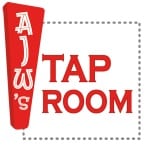 The extraordinary circumstances of the past several months have led to widespread cancellations of hundreds of ultramarathons around the world. While these cancellations have left race organizers scrambling to reschedule their events, it has been fascinating to observe the different approaches each race has taken in determining what will be the next steps in their events. The three most popular and high-profile 100-mile ultras in the world, UTMB, the Western States 100, and Hardrock 100, have taken decidedly different approaches to their futures that have undoubtedly impacted their organizations and athletes around the world.

UTMB, the largest of the three races profiled here, upon announcing their cancellation, returned 55% of their registration fees to the runners. Additionally, they extended an offer of an automatic spot in the race in any of its next three runnings, 2021, 2022, and 2023 to all of the 2020 entrants. In explaining the rationale behind the 55% refund, the organizers of UTMB said that at the time of the cancellation that was roughly the amount of money that had been spent on the race up until that point.

The Western States 100, upon announcing the cancellation of their race for the second time in their history, made the same decision they made when they cancelled in 2008 due to wildfires, that every entrant and waitlister would have their entries rolled over to 2021. Additionally, given the fact that so many qualifiers have been canceled, these rolled-over entrants will not need to re-qualify for 2021. Should any entrant choose to withdraw from the race, they can receive a full refund provided they withdraw by June 26, 2020.

The Hardrock 100, which was facing its second consecutive cancellation and fourth cancellation in race history, has taken a decidedly different approach and one which was quite different than the decisions they made in their previous cancellations. As Hardrock currently has a lottery that is divided into three categories; Veterans (people who have run the race five or more times), runners who have never run the race, and Everyone Else runners (runners who have one to four Hardrock finishers), the race organizers decided to roll over the entries of the Never group and to nullify the entries of the Veteran and Everyone Else groups and waitlists. As a result, the 110 runners in those two categories will have their full entry fees refunded and a new lottery will take place for those two categories in December of 2020. Essentially, the results of the December of 2018 lottery have been expunged for Veterans and Everyone Else runners.

In the midst of a global pandemic, we have all seen that the normal rules of life and living have simply been turned upside down and in many walks of life it has become increasingly clear that making decisions in the context of these extraordinary circumstances is difficult, at best, and downright impossible when pushed to the limit. While each of these high-profile events have chosen to address these decisions differently, they seem to have all attempted to do so in ways that honor the integrity of their events. Ultimately, time will tell how these choices will impact the sport and the events we love so much. 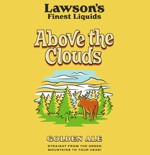 This week’s Beer of the Week comes from Lawson’s Finest Liquids in Waitsfield, Vermont. Known for their massively hoppy, extraordinarily balanced IPAs, Lawson’s also makes a fantastic golden ale, Above the CloudS Golden Ale. Subtle and citrusy, Above the Clouds redefines the Golden Ale category with a light, crisp, eminently quaffable beer.