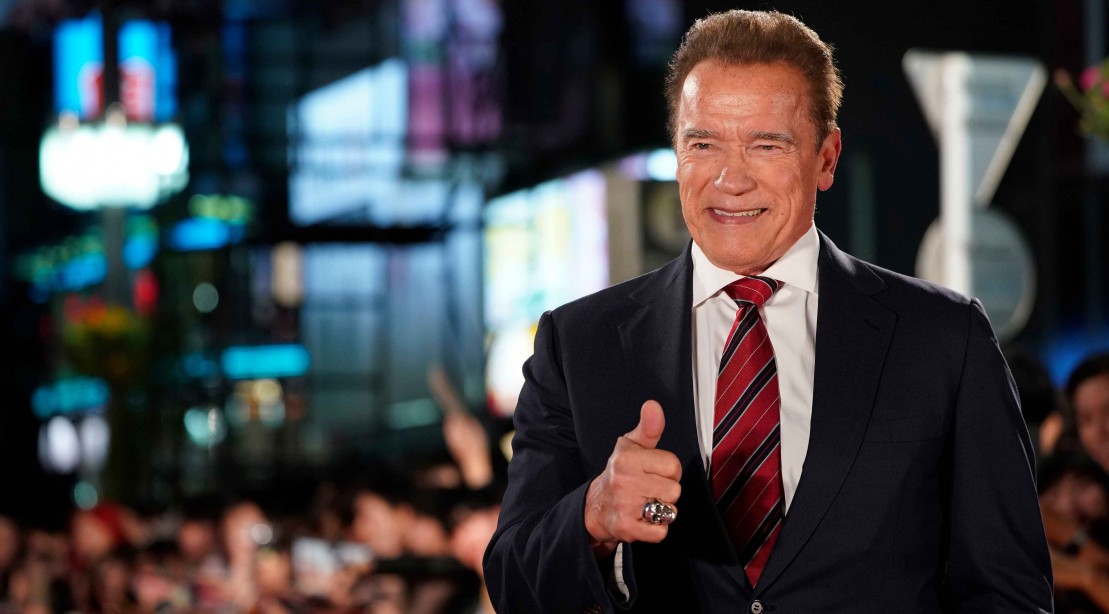 Arnold Schwarzenegger—bodybuilder, actor, governor, climate change activist, and…president? It’s of course impossible for the seven-time Mr. Olympia to ever become commander-in-chief, but playing a fictional one in an upcoming movie got him thinking of what it would be like to sit in the Oval Office.

“It would’ve been fun to sit here and to have the power and to work with the world together and solve those problems and to take on those challenges,” he said in a recent interview with The Atlantic. “Yeah, of course I think about that.”

While the Austrian-born Schwarzenegger was able to serve as California’s governor, the Constitution requires any president to be a natural-born citizen of this country. So unfortunately, we’ll never see Arnold’s bulging biceps in the Situation Room.

But in Kung Fury 2, an upcoming martial arts comedy film to be released sometime later this year, we get to see what that could’ve been like. In it, Arnold plays a cigar-smoking president alongside David Hasselhoff, Michael Fassbender, and Alexandra Shipp.

“So since we don’t have comprehensive immigration reform, and a foreign-born citizen cannot run for president, it’s fun to play [a president],” he said.

Arnold says he can’t complain too much about the fact that he can never be a real-life president. “I also think about, ‘Wait a minute, you can’t really complain about it too much,’ because everything that was accomplished in my life was because of America,” he told The Atlantic.

That also hasn’t stopped him from giving his input on presidential matters—he’s a staunch critic of President Donald Trump. In his interview, he says he, not Trump, is a true Republican.

“If you look at Ronald Reagan or President Nixon or President Lincoln, these were people that were fighting for equality,” he said. “I’m inclusive. I see myself as that.” Schwarzenegger once also famously said that Trump, “wants to be me.”

“I don’t think he’s happy in his own skin,” he said at the Atlantic Festival last year. “He wants to be a great, studly guy that looks good and is muscular, doesn’t have a gut sticking out—all of those things.”

Kung Fury 2 is a sequel to the 2015 short film Kung Fury, which tells the tale of the toughest martial artist cop who goes back in time to defeat the worst criminal of all— Kung Führer, aka Adolf Hitler.

In Kung Fury 2, a mysterious villain emerges to try to help the Führer obtain the ultimate weapon and rule the world. Kung Fury, the titular character, must travel through time and space to defeat evil once and for all.