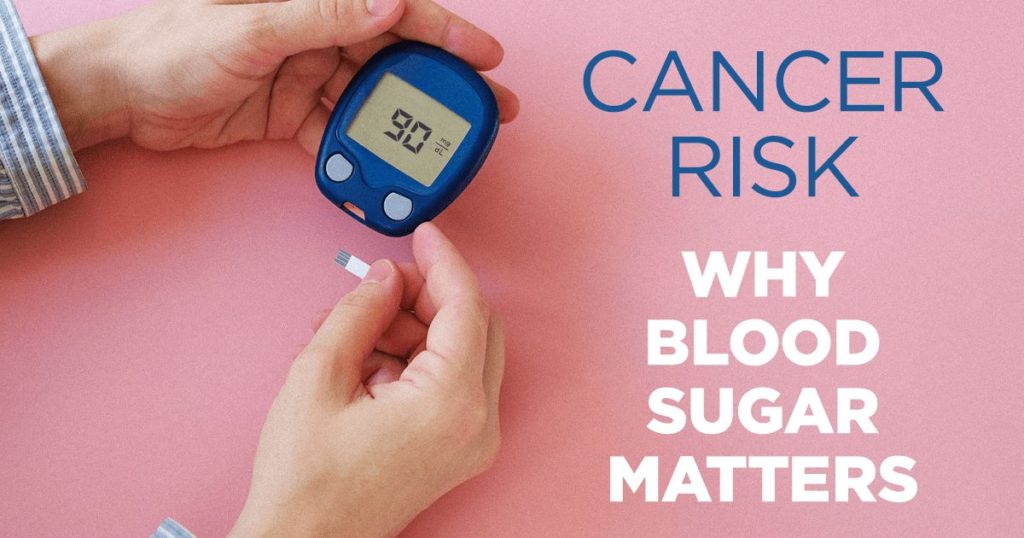 By: The Dr. Perlmutter Team

Blood sugar elevation has become a central focus in medicine these days because of its well-established relationship to so many chronic conditions including Alzheimer’s, diabetes, obesity, and Parkinson’s. Now, new research reveals that there may well be a relationship to cancer risk as well.

Researchers at Johns Hopkins and Yonsei University in Seoul, Korea were interested in exploring possible relationships between blood sugar levels and risk for developing cancer. They studied a sample of over 1 million Koreans between the ages of 30 and 95 who had either a positive cancer diagnosis or had died of cancer. Their findings, published in the Journal of the American Medical Association, are quite remarkable and certainly instructive.

Even after controlling for smoking and alcohol use, they found that those with the highest fasting blood sugar levels (≥ 140 mg/dL) had higher mortality rates from all cancers studied as compared to those with the lowest fasting blood sugar levels (≤ 90 mg/dL). This relationship was strongest for pancreatic cancer in both men and women, though there were also significant associations for other types of cancer.

The researchers observed similar patterns when looking at study participants with a positive cancer diagnosis. Men with the highest fasting blood sugar levels (≥ 140 mg/dL) had higher rates of positive cancer diagnosis as compared to those with the lowest fasting blood sugar levels (≤ 90 mg/dL). Both men and women had significantly higher risk of developing pancreatic cancer, while liver and kidney cancers also showed significant relationships in men.

One noteworthy aspect of this study is that participants, overall, had a low frequency of obesity, with an average body mass index (BMI) of 23.2 and only 25% of participants with a BMI greater than 25. (For reference, we classify obesity as BMI of 30 or higher.) In spite of this, study participants with diabetes or higher blood sugar levels generally had greater risk for cancer diagnosis and mortality due to cancer. Even when controlling for BMI, the risk for cancer associated with high fasting blood sugar levels was unchanged.

As the authors stated in their conclusion:

While the generalizability of the findings is uncertain, we have shown that fasting serum glucose level and diabetes are associated with cancer risk in a population far leaner than the Western populations in other studies. These associations do not reflect confounding by obesity, suggesting that the mechanism of increased cancer risk reflects the consequences of hyperinsulinemia.

What can we take away from this? While we cannot say that there is a causal relationship between high blood sugar and cancer, the discovered associations are significant enough to motivate us toward dietary and lifestyle changes that can help to lower blood sugar levels. And despite progress in treating some forms of cancer, it remains a potentially life-threatening diagnosis. That said, anything we can do as it relates to the idea of prevention certainly seems worthy of our consideration.

In fact, the name of the investigation featured in this scientific paper is the Korean Cancer Prevention Study (italics added). The empowering news is that we can make nutritional and lifestyle changes today that may positively reorient our health, such as focusing on a diet that helps control blood sugar—a diet that’s really low in sugars of all types, refined carbohydrates, and ultra-processed foods while welcoming to the table healthful fats and foods rich in dietary fiber.