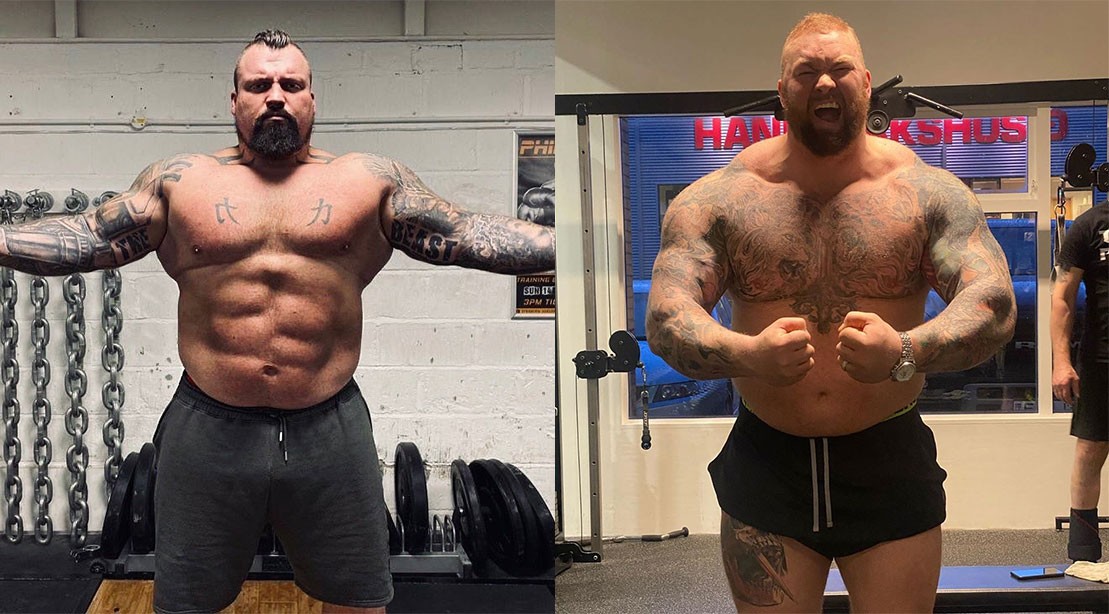 British strongman Eddie Hall and Icelandic giant Hafthor Björnsson have a history of bad blood. Thor famously said he was “robbed” when a judge didn’t count his last lift in the Viking press event at the 2017 World’s Strongest Man. As a result, Hall won the competition for the first time, besting Björnsson by just one point. And he didn’t mince words when he responded to the controversy saying in a January 2018 interview, “At the end of the day, he got his arse handed to him in a strongman competition and the little pussycat can’t take it. That’s it.”

A year later, however, it seemed as though Hall wanted to bury the hatchet after Thor took the title in 2018, sharing a photo of the trophy ceremony with his congratulations.

Now it looks like Hall is trying to spark that rivalry once again. During a live Q&A in November 2019, a fan asked Hall, “Who would win in a fight between you and Thor?”

As far as who would actually win if they went toe-to-toe in the ring, though, the Beast pointed out that he had a serious disadvantage. “It’s that height though, isn’t it? That 6’9” height. Big guy.” But as someone who grew up fighting and is an avid boxer, he continued, “If you were to arrange a boxing match between me and Thor, I can tell you this, I would train for it—I would train my hardest for it—and I’d knock his head off. There we go, I said it.”

The Mountain responded two weeks later with his own video, where he responds by laughing at the idea that Hall could beat him up before commenting, “That’s f*cking hilarious.”

Now, it sounds like this imagined scenario could become a reality. Hall posted another Q&A on January 10, where a fan asked, “Is the fight between you and Thor likely to happen?” And it sounds like Hall is ready to throw down.

Only in the world of strongmen is a 380-pound person considered a “little man.”

Thor responded immediately, commenting, “Let’s do this Eddie!!” So, 2021 might be the year we see the, literal, biggest boxing match in history.

Who do you think will win?