Spring 2020 offers a fresh take on two established road models in the HOKA ONE ONE lineup: the Elevon 2 and Mach 3. Both pairs are road and track models that have similar geometry, but otherwise are significantly different in their build and the athletes they will likely appeal to.

Elevon 2
The Elevon 2 is built for someone looking for a more forgiving landing, without having to compromise too much on weight. The women’s Elevon 2 boasts a large stack height of 30mm and 25mm in the heel and forefoot respectively (32mm and 27mm in the men’s model) and has a slightly extended heel. This slight extension, along with the Meta-Rocker in both the mid and outsoles, helps to cushion the heel upon landing and propel the foot forward. At just 8.5 ounces for the women’s model (10.1oz for men’s), the Elevon 2 doesn’t feel excessively boggy for such a cushioned shoe. 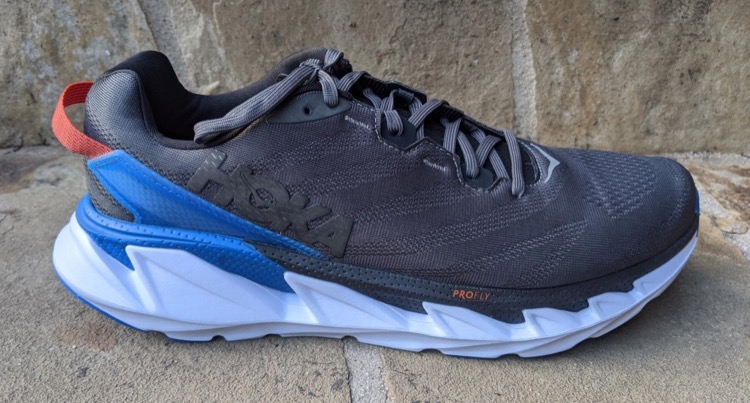 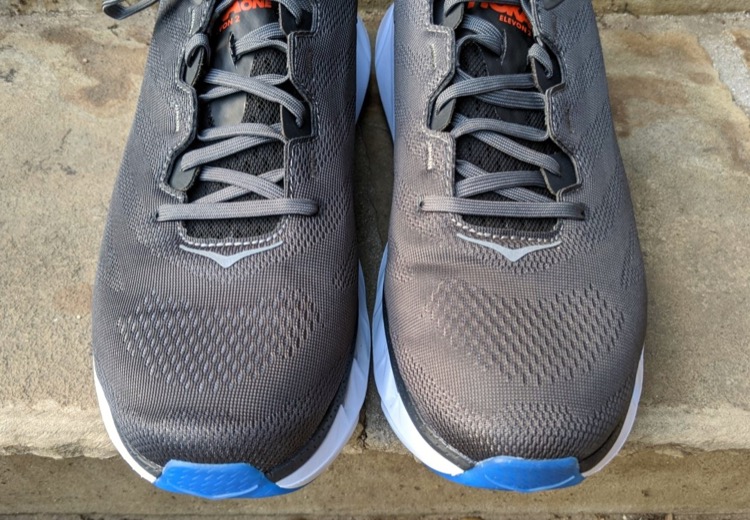 Unique to the Elevon 2 model is the Deeper Active Foot Frame, which allows the foot to sit down below the platform height. This deepened casing cradles the foot securely in the shoe and prevents excess movement that can cause blistering and toenail trauma. This generally worked well, but one of our testers who is a mild pronator had a small hot spot on the medial side of the heel. Additionally, the upper and lacing system have an underlying layer with “support wings” – two straps on either side of the tongue that can lace down to the midfoot to keep the shoe moving seamlessly with the foot.

A new addition to both the Elevon 2 and the Mach 3 is a grab loop on the back of the heel to slip the shoe on without squishing the back of the shoe. Reinforced with rubber in both the heel and forefoot, the outsole has shown minimal wear in approaching 100 miles. Strategically placed grooves in the outsole allow for increased flexibility through the forefoot, but also lend themselves to trapping rocks and debris throughout the run. For this reason, we would opt to use the Elevon 2 more on the road, though it works fine over non-technical trails if you don’t mind occasionally stopping to pick rocks out of your shoes. This shoe will remain in our lineup for longer training runs or shorter recovery runs, but is generally too bulky for any type of speed work. 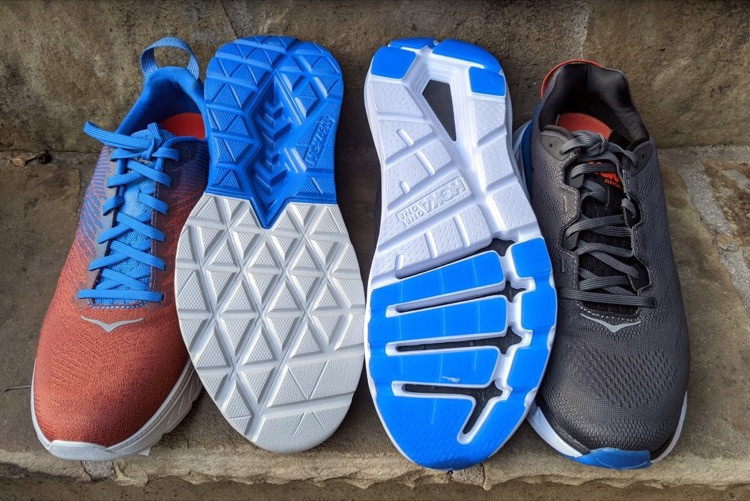 Mach 3
On the opposite end of the spectrum, the Mach 3 comes in as an answer for the more minimalist runner looking for a lightweight, responsive and speedy shoe. The Mach 3 builds off its predecessor with minor updates that maintain impressive cushioning for its relatively low profile and weight. Stack heights on the women’s model are 22mm/17mm, and the men’s version is 2mm higher. HOKA ONE ONE utilizes the same early stage Meta-Rocker in the Mach 3 as the Elevon 2, to allow the foot to rock forward and transition efficiently from initial contact. We found this “rocking chair” effect to be more noticeable in the lower profile of the Mach 3 than the Elevon 2, and allowed for fast leg turnover when running for speed. 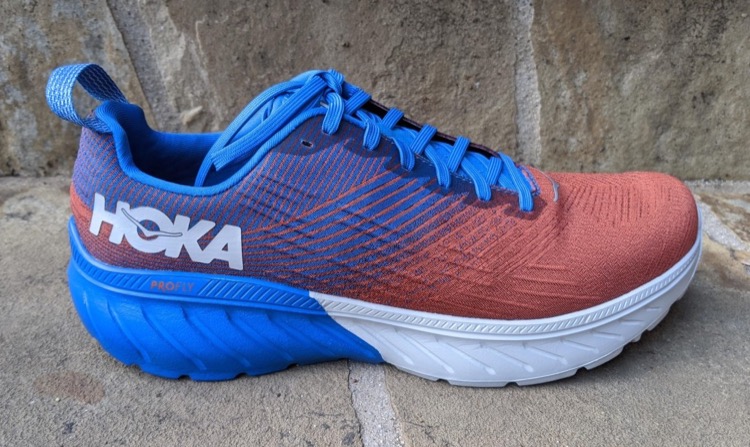 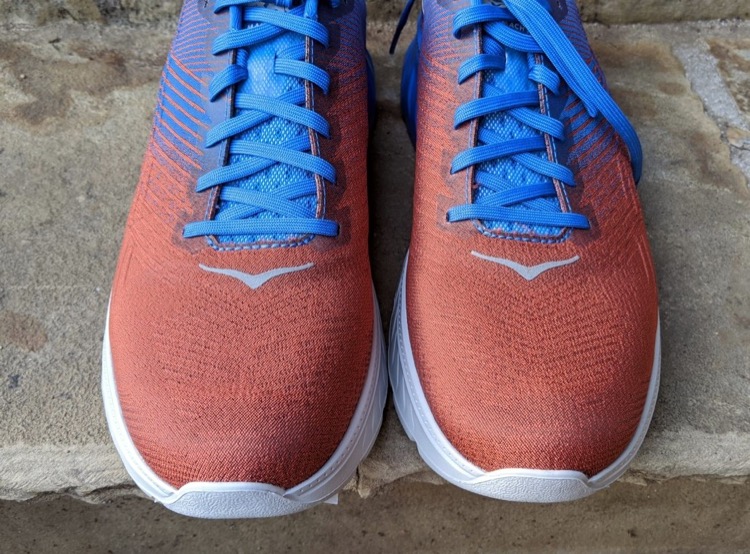 The Mach 3 sports an integrated tongue, connected by stretchy mesh to the inside of the shoe on either side, which prevents excessive movement and allows for some stretch across the midfoot if needed. A welcome upgrade from the previous model is the jacquard fabric used for the upper, which is extremely durable and showed no signs of wear in over 50 miles, while still allowing for air flow to keep feet cool.

Unlike the Elevon 2, the outsole on the Mach 3 is made of unreinforced rubberized foam, and has worn slightly in the areas typical for our shoes – the edges of the heels and toes. The relatively quick wear pattern could be problematic for high mileage runners who pronate or supinate heavily. The rubberized foam makes for an extremely quiet footfall, causing us to unintentionally sneak up on several other walkers/runners while testing them out. Take this as either a pro or a con – it’s great for gaining on the competition without warning, but not so great for letting innocent bystanders know you are coming. The Mach 3 is a great choice for the runner looking for a moderately cushioned ride without the extra weight. The snappy rebound and smooth ride of this shoe have made it our go-to for fast road workouts or tempo days at the track.

The Elevon 2 and Mach 3 will be available in February 2020 at www.hokaoneone.com.