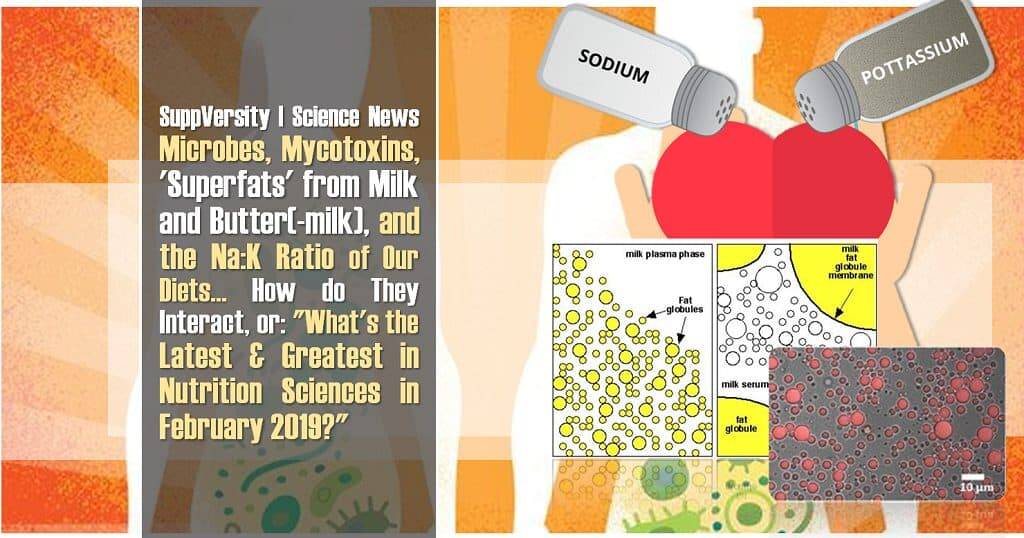 
Nutrition sciences are all about the microbiome, these days. Against that background you probably won’t be surprised that my brief overview of studies from the latest edition of Molecular Nutrition & Food Research features 3+1 studies that deal with the food microbiome health interaction or could at least be related to it… before we get to the details, I want to warn you, though: The way people ascribe everything to gut bugs and try to sell random probiotics to customers is not science. That’s quackery!

Mycotoxins stay (in your blood) — Study in humans shows that the mycotoxin metabolite 2′R‐OTA which is produced by mold and fungy as you can find it, e.g. in/on coffee, cereals, grains, etc., has a more than seven‐fold higher biological half‐life in human blood compared to OTA (approx. 35 days). “The reason for the long persistence of 2′R‐OTA in human blood is still unclear and further research is needed,” researchers from the Westfälische Wilhelms‐Universität Münster in Germany write. The scientists also point out that the most (if not only) relevant source of 2’R-OTA in the subjects’ diets was… coffee powder, which contained 6.45 ± 1.75 µg OTA per kg coffee!

How bad is that? Well, as the Germans point out, “only little is known about the toxicity of 2′R‐OTA and potential health risks related to this compound” (Sueck 2018) – hence, it could be anything from an important step in the detoxification process to the formation of a kidney-frying super-chemical 😉

MLPs, i.e. milk polar lipids, are structural components of dairy fat globules. You may have heard about the putative health benefits of phospholipids like sphingomyelin, which fall into the category of MLPs. Evidence exists for both, direct and indirect beneficial effects on heart health, metabolic health, lipid and glucose metabolism, etc.

Bottom line: Instead of a summary of the summaries, I thought I’d address the two questions, of which I believe that the majority of you will be asking themselves. Why exactly do I want sphingolipids and – more importantly – where in my diet can I find them?

Let’s start with the 2nd question which can be answered by the data Table 2 – good sources of our average dietary intake of 2-8 g (total) polar lipids – among that 0.3 to 0.4 g sphingolipids – per day are butter, buttermilk, ricotta, and other cheeses. Don’t get confused by the relative amount of MPLs, though: Quark, for example, is extremely high in MPLs, but at a total fat content of 0.1% it’s obviously not a good source of polar lipids 😉

Ok, now that we know where to find it, it’s time to (re-)address why it even makes sense to eat these special phospholipids. Well, Milard et al. point out sphingolipids “can be categorized as ‘functional ingredients’ because they have structural regulatory functions” (Milard 2018). Originally derived from the milk fat globule membrane (MFGM), i.e. the “skin” of milk fat, they occur in relevant amounts almost exclusively in animal products, of which dairy is by far the best source of these ‘super fats’ (25% of MFGM‐PL | Milard 2018).

From rodent studies, we know that MPLs can reduce the lipid accumulation in the liver, affect intestinal cholesterol absorption, modulate the postprandial lipid metabolism and protect rodents against colon carcinogenesis. Some of these benefits are either directly or indirectly related to improvements in intestinal barrier integrity, microtbial (re-)composition and inflammation. Other benefits, such as the anti-Alzheimer’s effects scientists are still dabbling with (Pérez-Gálvez 2018), however, are probably immediate consequences of the incorporation (and stabilization) of absorbed MPLs in cells in the nervous system | Comment on Facebook!