You will have seen them pop up (and already begin to disappear again) in almost every supplement store that considers itself ‘hardcore’ but ‘natural’: laxogenin supplements. By their producers and the shops that sell them corresponding products are marketed as an agent that “can help you add muscle and shed fat”, that is “not classified as a prohormone”, that “doesn’t need to be cycled” and that “delivers results” and targeted at natural bodybuilders and fitness enthusiasts.

Sounds too good to be true? Well, at least one of the claims is no longer 100% valid, since it has recently been listed among the “Dietary Supplement Ingredient Advisory List” of the FDA. As the FDA-website informs you, this list provides an overview of “[t]he ingredients listed below do not appear to be lawful ingredients in dietary supplements” (FDA). This is not a ban, yet(?), but, as of October last year, the FDA has officially been advising retailers, manufacturers, and other businesses to “avoid selling, making, or distributing dietary supplements” and consumers “to avoid purchasing or consuming dietary supplements” (FDA) that supposedly contain “laxogenin”.

“Supposedly contain”? What does that mean?

As the headline already says, the FDA’s implicit assumption that consumers could rely on their laxogenin-based muscle booster to actually contain relevant (or even measurable) amounts of 5-alpha-hydroxy-laxogenin, is hilariously optimistic. After all, the analytical study discussed in this SuppVersity article, shows that your chances of actually getting some of this questionable stuff in a given product is 1 out of 4. Accordingly, it seems more than appropriate to use the attribute “supposedly” in the subheading of this part of the article about ‘laxogenin’ or, which is, by the way,  5-alpha-hydroxy-laxogenin a plant steroid that is usually produced synthetically (‘natural anabolic’? As if!).

In their study, the results of which have recently been published as research letter in the “Public Health” section of JAMA, Cohen et al. (2020) “analyzed the actual contents of supplements categorized as containing 5-alpha-hydroxy-laxogenin in the NIH database to determine whether they are accurately labeled”; and what they found is not going to make you happy:

“Only 1 product (25%) contained 5-alpha-hydroxy-laxogenin, an ingre-dient with purported anabolic effects in rats that, to our knowledge, has not been studied in humans” (Cohen 2020 | my emphasis).

Originally, the scientists planned to test all six supplements “that were categorized in the NIH database as containing 5-alpha-hydroxy-laxogenin” (ibid.).

That’s a total exception, right? By no means, problems with the amount, quality, and even the actual type of supplement ingredients are the norm, not the exception in “specialty” products like “muscle builders” or “fat burners”. Two of the best-sellers in every supplement shop who fancy themselves ‘hardcore’ 😏. Wannabe bodybuilders and fitness junkies are yet not the only groups that may already have taken supplements that contained either too little or too much of a specific ingredient (e.g. berberine, energy drinks), rancid or inactive ingredients (e.g. fish oil), and ingredients that are not on the label but explain why the “100% natural fat burner” you bought makes you sweat like the Niagara Falls (possibly potentially fatal DNP | 12 recorded deaths in 2001-2010).

Obviously, a single positive or negative test result doesn’t mean your product will also contain exactly what’s on the label or what said test says. In fact, studies like Attipoe et al. (2016) show hilarious –7% to +266% differences in individual supplements that were re-analyzed after 9 months. That’s obviously extreme and a larger scale US study from 2007 (n = 25) found average deviations of +/-16% (see Figure 1), ‘only‘ – that’s even with products that were bought at the same time, though. Moreover, there’s the issue of getting what you didn’t pay for that is the elephant in the room: In their review of N=25 studies that were looking for ‘contamination’ with prohibited substances in supplements commonly marketed to athletes, Martinez-Sanz 2017 report that 12% of the products that were tested contained (pro-)hormones and 58% were enhanced (or do you really believe that was a contamination?) with non-WADA compliant stimulants (find out which agents are banned in your sports at globaldro.com/Home).

Since it turned out that one of them wasn’t even available for purchase and another one was “sold out”, the researchers from the Cambridge Health Alliance, Harvard Medical School, Johns Hopkins Bloomberg School of Public Health, and Siensano, a commercial research institute that had no (disclosed) financial interest in the study, were limited to only four different products (see Table 1).

In their pre-analysis of the labels, the scientists found a “total [of] 16 ingredients, excluding expedients, minerals, and plant species” on the labels of the four products they had gotten their hands on (brand names not disclosed). These ingredients were included in the analysis and supplements were considered accurately labeled, if the measured value was within +/- 20% of the label claims. And much to everyone’s *surprise* (?) 😂…

“No product was accurately labeled” (Cohen 2020)

More specifically, Cohen et al. report that “[o]f the 16 ingredients, 6 (38%) were not detected in the supplements. Moreover, for those ingredients that were detected, …

Most hilariously, however, actual 5-alpha-hydroxy-laxogenin was detected in only one of the four sample supplements. But don’t fret *irony*. If you bought one of them, you’d get some free (and in many cases unlabeled) agents, including phenibut, the aromatase inhibitor arimistane, the purported cortisol-blocker 7-keto dehydroepiandrosterone aka 7-keto, the purported DHEA booster diosgenin, as well as another ‘plant anabolic’: ecdysterone, the ‘insects steroid’ of which Cohen et al. rightly say that it “may have anabolic effects in humans” (ibid.).

Laxogenin is only supposedly anabolic, anyway:
If you’ve read the previous quote from Cohen’s study closely, you will have realized that there’s another “supposed”, “supposedly”, or “putatively” that we have to mention, here: “putative anabolic”. The reason this attribute must not be missed is that there is, much in contrast to real steroids, absolutely no evidence from human studies to support the “putative” benefits of laxogenin on skeletal muscle gains of athletes – and the alleged Sowjiet history of the agent is an urban myth without reliable support in the literature!

That’s bad news. Eventually, it does, however, only confirms that a listing in the NIH list tells you nothing about the accuracy of the label information, as the NIH does neither verify or check for conformity with existing US Food and Drug Administration (FDA) regulations. 😥 You would rightly expect at least some data exchange between the two institutions so that adulterated products could be flagged in the NIH’s “Dietary supplement label database” (#DSLD). After all, the NIH describes the mission of its database as follows:

“[The DSLD] was developed to serve the research community and as a resource for health care providers and the public. It can be an educational and research tool for students, academics, and other professionals” (NIH website | my emphasis)

There are two points I want to emphasize before closing this article with the obligatory list of references:

(A) Rule of thumb, “the more exotic your supplement, the more likely it does not contain any or enough of the advertised ingredients.” Laxogenin is only one out of several examples where gullible supp manufacturers may even have thought, they’d use the labeled ingredient but were in fact supplied with something different by their suppliers.

(B) There is no, I repeat, absolutely no credible evidence from peer-reviewed human studies with practically relevant primary outcomes to confirm the relevance of the in-vitro anabolic effects.

Accordingly, my parting advice to you, bros, is not to falsely assume that the supplement your friends or you, yourself, have used previously was a total waste of money, only because it didn’t contain the actual active ingredient. And, on the contrary, if your supplement did work, you should be concerned about adulterations that deliver | Any experience with laxo-products? Comment! 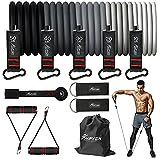