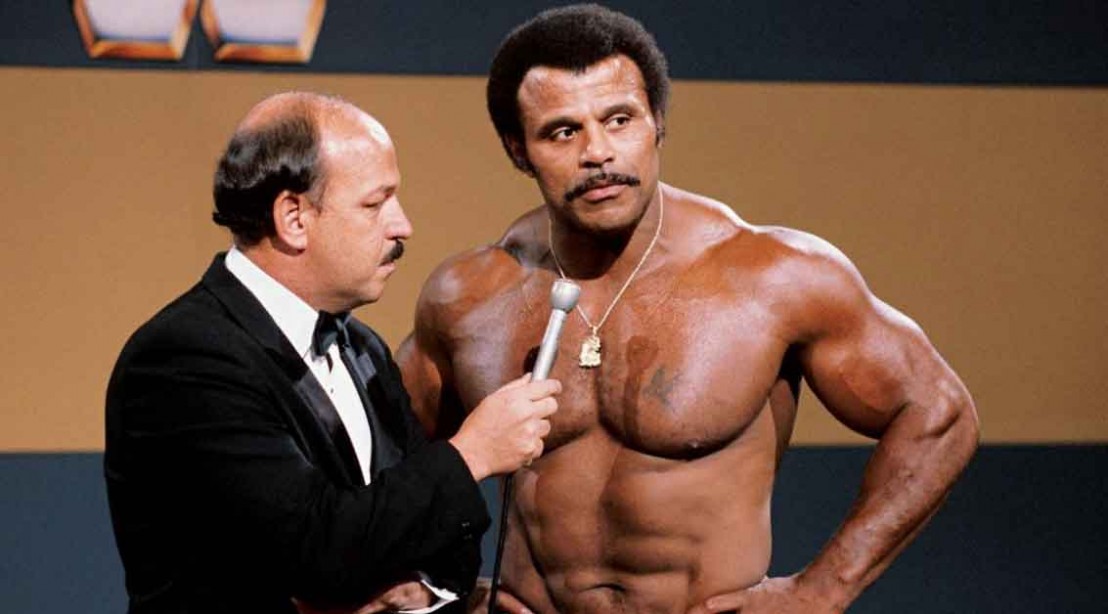 Rocky “Soul Man” Johnson, an African-American trailblazer in the wrestling industry and father to Dwayne “The Rock” Johnson, died on January 15. The WWE Hall of Famer, whose real name was Wayde Bowles, was 75.

Known as “The Soul Man,” Johnson began his career in the 1960s with the National Wrestling Alliance before signing with Vince McMahon’s World Wide Wrestling Federation in 1983. His death was announced on the WWE’s website.

He and fellow WWE Hall of Famer Tony Atlas would go on to become the first Black world tag team champions in the WWE later that year by defeating the Wild Samoans. The Rock inducted his father into the Hall of Fame in 2008.

On Jan. 17, The Rock posted an Instagram video of his father in action, with a young Dwayne watching from ringside. “I love you,” the post read. “You broke color barriers, became a ring legend and trail blazed your way through this world. I was the boy sitting in the seats, watching and adoring you, my hero, from afar.”

I love you. You broke color barriers, became a ring legend and trail blazed your way thru this world. I was the boy sitting in the seats, watching and adoring you, my hero from afar. The boy you raised to always be proud of our cultures and proud of who and what I am. The boy you raised with the toughest of love. The intense work. The hard hand. The adoring boy who wanted to know only your best qualities. Who then grew to become a man realizing you had other deep complex sides that needed to be held and understood. Son to father. Man to man. That’s when my adoration turned to respect. And my empathy turned to gratitude. Grateful that you gave me life. Grateful you gave me life’s invaluable lessons. Dad, I wish I had one more shot to tell you, I love you, before you crossed over to the other side. But you were ripped away from me so fast without warning. Gone in an instant and no coming back. Im in pain. But we both know it’s just pain and it’ll pass. Now I’ll carry your mana and work ethic with me, as it’s time to move on because I have my family to feed and work to accomplish. Finally, I want you to rest your trailblazing soul, Soulman. Pain free, regret free, satisfied and at ease. You lived a very full, very hard, barrier breaking life and left it all in the ring. I love you dad and I’ll always be your proud and grateful son. Go rest high. #ripsoulman #rockyjohnson 🐐

Rocky Johnson retired from in-ring action in 1991 and for many years helped train his son, who would go on to become one of the most successful WWE stars of all time. It was Johnson who introduced The Rock to the weight room, a place where the Hollywood juggernaut now spends a significant amount of time.

“Other dads took their kids to the playground,” Johnson once told Muscle & Fitness. “Mine took me to the gym, and the gyms he took me to were very hardcore. Weight rooms? Really? But it was important bonding time for us, and it was there that I learned at a very young age that there’s no substitute for hard work.”

The Rock always kept his father close to him. His original ring name was Rocky Maivia—a combination of his father’s name and his maternal grandfather’s name, High Chief Peter Maivia.

On Father’s Day 2018, he posted a throwback picture of himself and “The original Rock” and spoke of the tough love his old man used to dish out.

“Years later as a man and father of three girls, I know that tough love, is a helluva lot better than no love at all,” he wrote. “I’ll take it. It’s made me who I am today.”

Happy Father’s Day to this hardly ever smiling OG bad ass. Little boys by nature, look up to and idolize their old man. They want to be just like em, do whatever they do and are always looking for their approval. Funny thing is the day I stopped looking for that approval was the day I understood what it meant to be man and more importantly, a father. That shift lifted me to a new level of gratitude for the tough love he always gave. Years later as a man and father of three girls, I know that tough love, is a helluva lot better than no love at all. I’ll take it. It’s made me who I am today. Grateful to the original Rock. #HappyFathersDay #KingStache #RockyJohnson