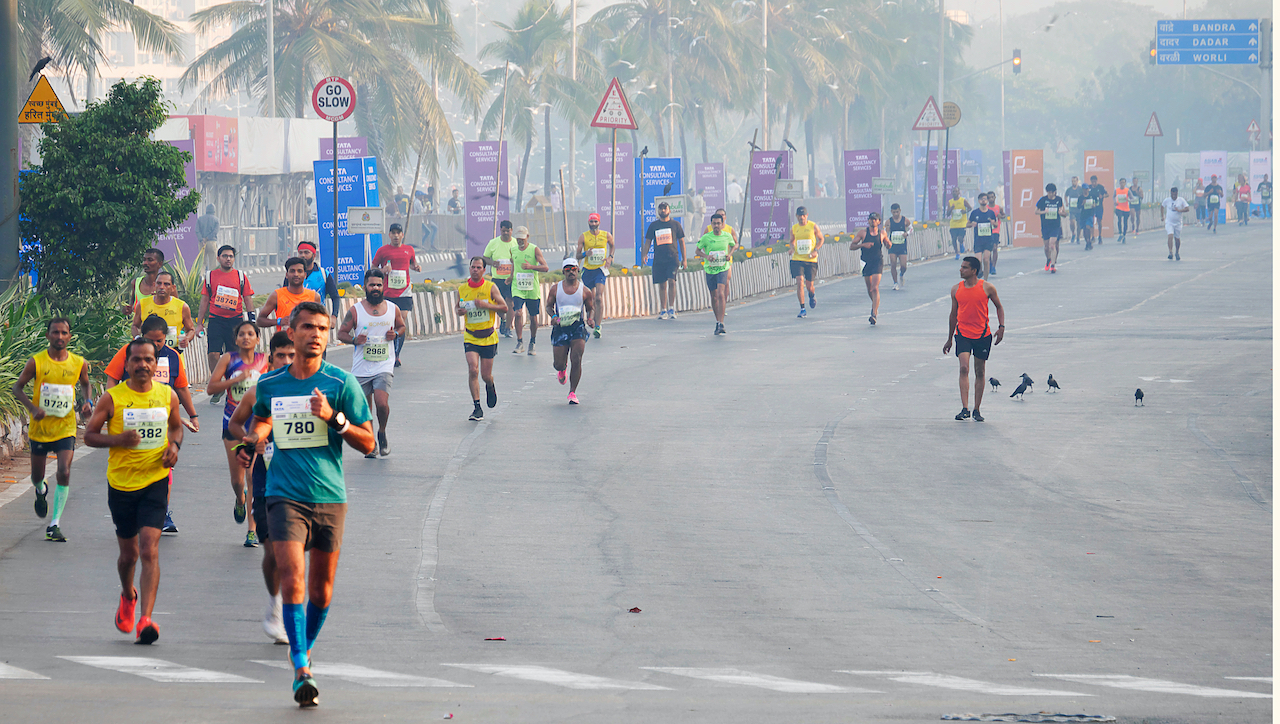 COVID-19 has made people realise the importance of physical fitness. With limited opportunities to go outdoors due to the lockdown, there is enough time to consider self-improvement, and running is a step towards it. However, for a country like India, where running has started to trail high in the recent decade, how ready is the running industry in accommodating the specific needs of runners?

Until the end of 2003, India only had one non-timed distance running event, but by 2019, the number of events has crossed 1400 and over 1 million people have registered for such events.

The number of runners on the trail is increasing, but there is a problem — it is hard to find a good pair of running shoes which fits well and is readily available online.

Where do Indian runners buy their running shoes?

Ruggero Loda was curious about the running shoe market in India and posed a question to the Indian subscribers of the Running Shoes Guru newsletter:

“As an Indian runner, where do you buy your running shoes, especially online?”.

He was expecting to receive a list of favorite shops and brands from them. Instead, he received almost 100 emails from subscribers lamenting about their difficulties in sourcing for running shoes, in a country where running has started to gain popularity and where major marathons events have started filling the annual calendar.

“I think most Indians would buy their shoes in physical stores because of a higher potential for fake products being supplied through online retailers when online shopping,” said one reader through an email.

Websites such as Amazon, Flipkart, and Myntra are known to have products tailored for Indian consumers. But when it comes to running shoes, they have yet to provide well-organised catalogues. Currently, it is hard for runners to buy the shoes they desire as the choices are limited and products are poorly categorised online.

This problem is not unseen. Besides the COVID-19 situation, where there’s little movement in the market and online stores are only allowed to deliver essential goods, most popular running shoe models are either unavailable or are too sparse to make for a successful and all-inclusive shopping experience.

Another factor is the rising cost. Recently, in a bid to boost domestic manufacturing and promote the ‘Make in India’ initiative, the government of India has increased import duty on footwear from 25 percent to 35 percent. This means that if people decide to purchase newer shoe models from a brand’s online store, they would have to shell out more money from their wallet, as the price is higher than the equivalent in the USA.

Another problem which Indian buyers face when purchasing running shoes is that most of the highly-awaited models enter late (if they even arrive at all) into the Indian market. For example, the Nike Pegasus has been updated to version 37 in the USA, while in India, it’s hard to even procure a specific version of this popular running shoe — most of the models are still in their 35th or 36th versions.

Besides this, there is also little information regarding whether the newer models will be made available to India. Nobody is talking about it — how are readers going to know if these shoes are available besides following specific online sites which are about such running shoes?

“For those who don’t have access to a physical store or who prefer to shop online, the situation is not ideal.” says Ruggero.

In the city of Bengaluru, India, it wasn’t hard to observe this situation. I picked out the top running shoes from different popular brands and tried finding them online on Amazon, Flipkart, and Myntra, while comparing their prices against that of the US market.

The research shows evident results. Amazon India, along with Flipkart and Myntra, despite being the top online destinations in India, are not equipped to provide new releases to the running community at all.

Most of these models are either old or unavailable and the pricing models are highly uneven. The official brand sites in India do have some models in stock, but judging by the trend, they are priced higher than they would have been on sites like Amazon India, Flipkart, and Myntra.

The lack of choices for running shoes online has been done away with any bit of consolation for increased import taxes this year and Indian runners are thus left in the dark with limited choices.

The specific outlets that do manage to cut a deal for their clients do recognise their exclusivity and would thus increase the price of newer models in official stores across Indian cities.

The failure in popular stores such as Amazon, Flipkart, and Myntra not being able to cut exclusive deals for consumers has allowed less popular stores which charge higher prices to sell exclusive models.

For example, the Kinvara 11, which is unavailable in popular stores, is listed on Ubuy at Rs 11,072 ($145), which is much higher than what its price would be in the US.

This has inconvenienced the running approach of some.

“Only once as I purchased a pair through ASICS website when I did not find a proper fit. Later, I visited the ASICS retail store near my home. I have been thinking of purchasing new shoes from Under Armour but they are too expensive. I am thinking of staying away from running” said another reader, in a disheartened email to Ruggero.

The lack of an organised publication that talks about these shoes, from the point of view of Indians while updating readers on their availability in India, has been coupled with the lack of an apt supply and distribution chain, which in turn has hindered Indian runners from keeping up to date with the latest models of running shoes.

To bridge this gap, online retailers such as Amazon, Flipkart, and Myntra have to ramp up their user information base and keep in tune with import availability from their retail partners. If that is not done, shoe review sites which aim to help readers through their process of making informed purchases, can only do so much.

These online spaces must also make sure that they are able to sort and identify the genuine shoes from the “fake” ones so that people know what they are spending money on.

With this gap being bridged, Indian runners can potentially look forward to having a more inclusive purchasing experience. They can be further updated with the latest releases and have easy access to purchasing such shoes online, without the hassle of struggling with model numbers, shoe sizes and authenticity,

“It would be great if one could find out about the latest releases on online sites in India. It’s so hard. I’ve tried looking for the newer shoes in physical stores as well. However , the prices are so high and it’s disheartening” says Hemanth, a runner based in Bengaluru.

“I am thinking of asking my uncle in the US to help get me a pair when he returns to India later this year” he adds, lacing up his old worn-out Nike, before stretching for another run.