A lot has changed when it comes to feeding babies. Here are some of the biggest changes to know about (or pass along to family and caregivers)! 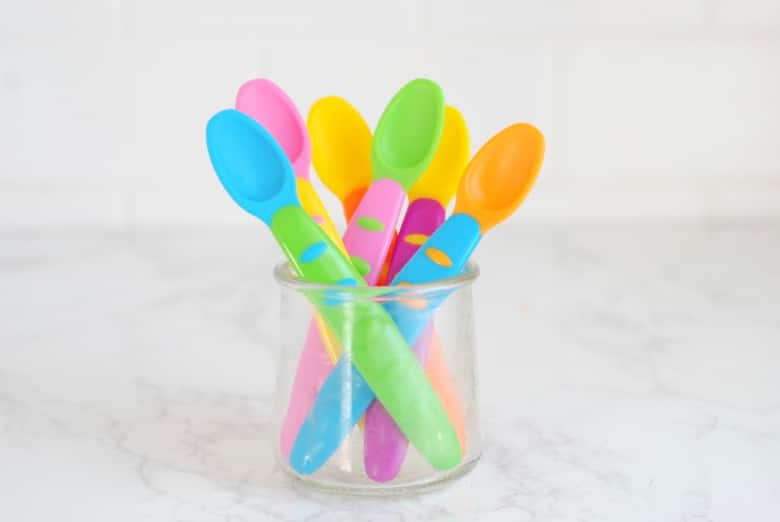 Maybe you’re having your first baby and feel a little lost about feeding–or your third, but want to do things differently. Maybe your mother or well-meaning auntie is driving you nuts with their “helpful” (and outdated) advice. Or maybe you’re a brand new grandma and feel like everything’s changed since you were a new mom.

It has! Well not everything, but there’s a lot of new expert advice and updated guidelines when it comes to feeding babies. Here are some of the biggest changes to be aware of…or, ahem, pass along to that well-meaning auntie!

For years, parents were told to begin with rice cereal as the very first food because it’s plain, bland, and not likely to trigger allergic reactions. It was the first food I gave to both of my boys.

But rice cereal isn’t pushed so much anymore. For one, there’s no evidence that a certain order of food introduction has any benefit. For instance, it was thought that starting veggies before fruit would somehow diminish cravings for sweet flavors (nope) and that meat should be held off on until the very end (ditto on nope). It’s now believed that it doesn’t matter what you start with–fruits, vegetables, grains, even meat (as long as it’s in a form that’s appropriate for baby to eat of course!).

Another reason rice cereal has fallen out of favor: It’s more likely to be contaminated with arsenic than other baby cereals. Arsenic is a toxic heavy metal that’s present in the environment, and rice tends to absorb more of it when it grows compared to other crops. That doesn’t mean you need to avoid rice cereal (and rice!) completely, but it makes sense to serve a variety of cereals and foods in general. The FDA recommends serving a variety of iron-fortified cereals like oat, barley, and multigrain. 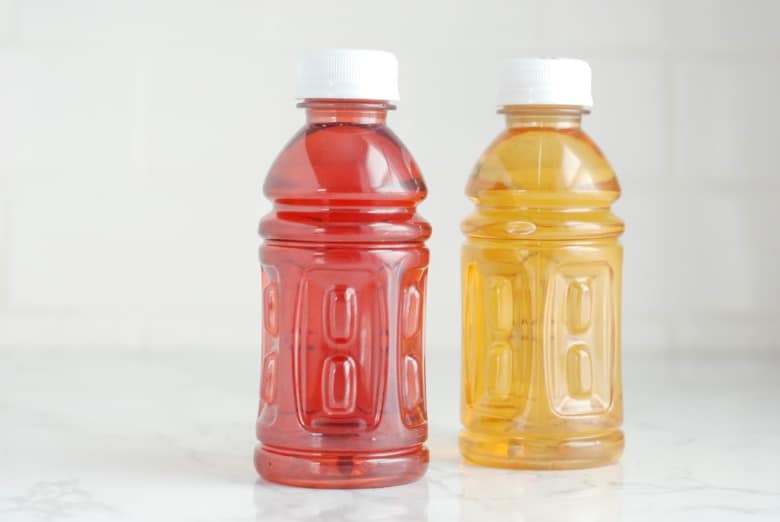 The most recent advice from the American Academy of Pediatrics is that children younger than one should not drink juice. The reason? Juice is high in calories and sugar–and even though it’s natural sugar, it can be hard on developing teeth and cause babies to take in excess calories. “Fruit juice offers no nutritional benefits over whole fruit for infants and children and has no essential role in healthy, balanced diets of children,” the pediatricians write in the policy statement. Here are the latest guidelines:

When I had my babies more than ten years ago, we were told to avoid peanut protein until the preschool years to help reduce allergic reactions. But it turns out that holding off on certain foods doesn’t decrease the risk of being allergic to them. In fact, a landmark study called LEAP found that babies actually had a lower risk of developing a peanut allergy if they were fed peanut protein much earlier–as young as 4-6 months for babies at risk for allergies (other research called the EAT study found that giving egg early helped prevent egg allergy too).

The American Academy of Allergy Asthma and Immunology (AAAAI) says that you can feed common allergenic foods like dairy products, egg, soy, wheat, peanut and tree nut protein, and fish and shellfish to your baby between 4-6 months. (Always talk to your pediatrician first if you have a history of food allergies or if you suspect your baby has a food allergy.) 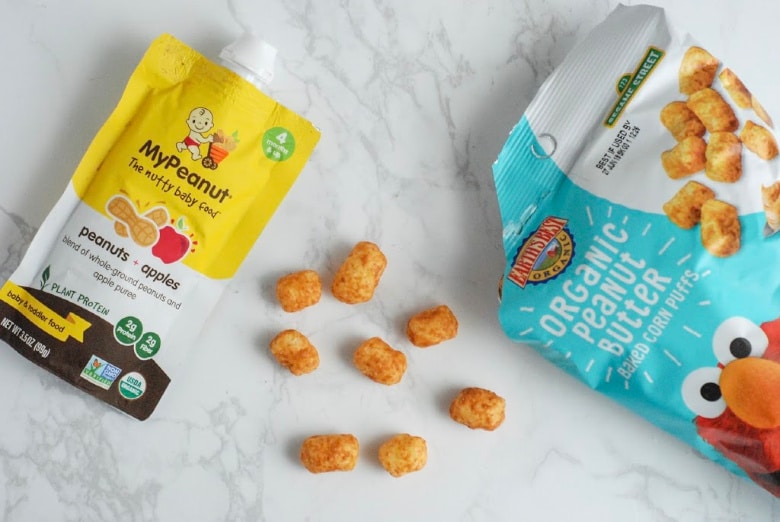 Of course, you never want to give whole nuts or pieces of nut to babies because of the risk of choking. Here are some safe ways to introduce peanut protein:

Special caution: If there’s a history of food allergy in your family or if your baby has eczema, talk to your pediatrician before introducing highly allergenic foods like peanut. Your doctor may suggest having your baby tested for allergies first or you may need to do the first feeding of peanut (or other allergenic food) in a healthcare setting in case there’s a reaction. 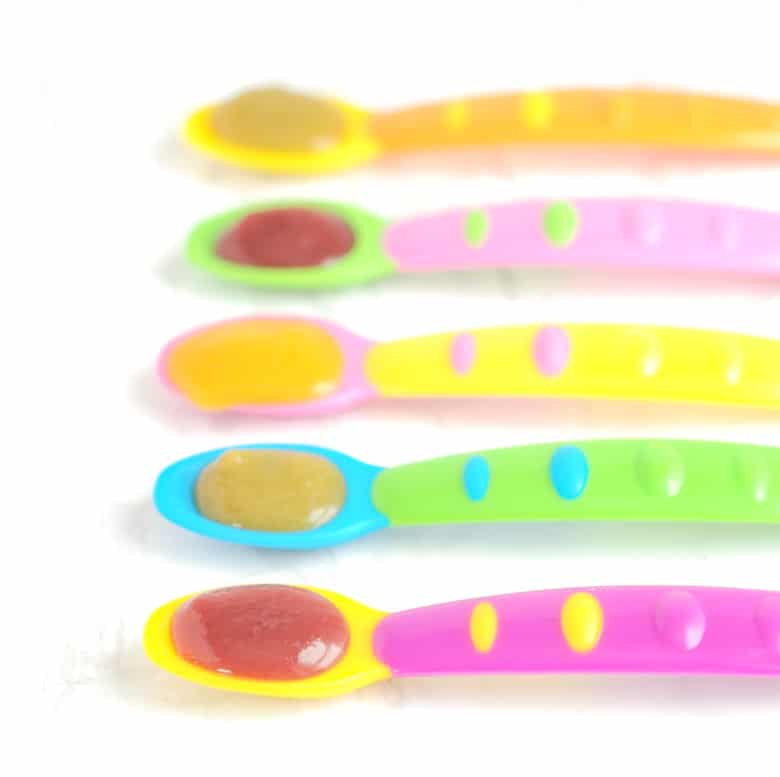 4. Old Advice: Save meat for last —> New Advice: No need to wait on meat

Meat used to be last on the list of foods to introduce, which meant babies might not get it until closer to their first birthdays. But meat is rich in iron, a mineral that’s so critical for babies’ brain development (particularly around six months of age when their natural stores become depleted). Baby cereal contains some iron, but it’s not a form that’s as highly absorbed as the kind found in meat. The American Academy of Pediatrics now says meat can be introduced along with other foods at six months.

When looking for jarred pureed meats, be aware that some brands don’t include meat until chunkier stage two or stage three blends. If that’s the case, make your own smooth puree with a blender or food processor, then serve it plain or mixed with pureed veggies. If you’re doing baby led weaning, you can give baby long pieces of meat to hold, gum, and suck on (see #5 below).

If your family is vegan or vegetarian, your baby can still get iron from other foods. One way to boost how much she absorbs is by pairing a source of iron with a source of vitamin C, which helps the body soak up more of the iron. For instance, mix baby oatmeal with strawberries, beans with tomato, or tofu with broccoli. 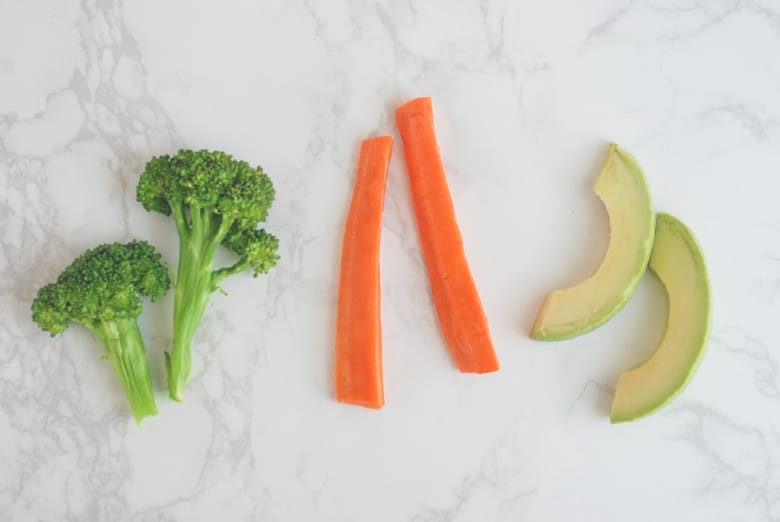 5. Old Advice: Give only purees at first —> New Advice: Wedges of food are okay too

Many new parents are trying baby-led weaning instead of serving purees (or in addition to them). BLW involves giving babies whole pieces of food to self-feed when starting solids, like long spears of steamed sweet potatoes and very ripe avocado that your baby can hold. Babies can even gum and suck on foods like steak! Pieces should be long and two-fingers wide so babies can hold them and gum but not be able to break off bits. (See this video for examples of what safe first foods look like.)

Though you may be worried about choking and gagging, some gagging is a normal part of the process–and choking is unlikely as long as babies sit upright when eating (and of course, babies should always be supervised when eating and should never be giving choking hazards like whole grapes or chunks of hot dog).

The benefits of BLW are that babies control what and how much they eat. They also learn self-feeding skills and try new textures beyond purees, which might mean they grow into kids who are more open to different textures (and less picky). Babies who are allowed to self-feed from a young age may also become better at self-regulating, meaning they eat when they’re hungry and stop when they’re full.

To learn more about BLW, check out my two favorite books about it: Born to Eat and Baby Led Feeding.

I am a participant in the Amazon Services LLC Associates Program, an affiliate advertising program designed to provide a means for me to earn fees by linking to Amazon.com and affiliated sites.