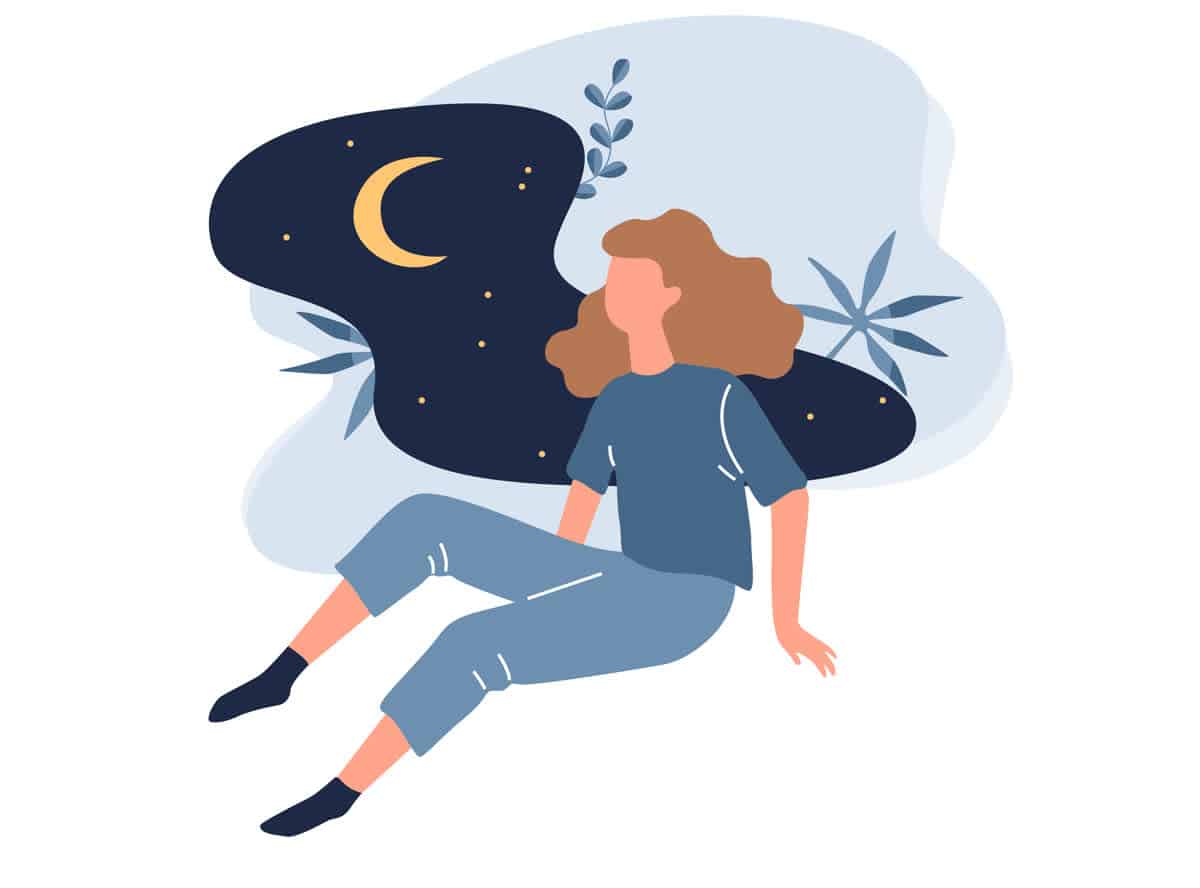 As the popularity of CBD continues to skyrocket, sleep is one of the big reasons why people take it. How does it work? The jury is still out on a final answer, but preliminary research has unearthed a few clues.

The Calming Effect of CBD

These cannabinoids, whether they’re made by our bodies or obtained from CBD supplements, seem to play a role in regulating sleep. A study of cells in the central nervous system found that CBD influences certain genes that regulate our circadian rhythms.

Early research published in 1981 tested different doses of CBD on 15 volunteers with insomnia. It found that people slept significantly more after taking a single 160-mg dose of CBD. A few of the volunteers felt drowsy the next day, but there were no other side effects, no signs of toxicity, and no psychotropic effects of a “high.”

Research published much more recently, in 2019, tested a daily CBD dose of 25 mg in 72 patients at a mental health clinic in Fort Collins, Colo. All were suffering from anxiety and/or insomnia, and were also receiving other treatments, including medications in many cases. The study lasted 3 months, with patients being tested at the end of each month.

After one month, there were significant improvements in anxiety in 79 percent of patients and in sleep among 66 percent, while these conditions worsened among some of the others. Anxiety improvements continued during the remaining 2 months of the study, but sleep fluctuated. For anxiety, CBD was taken in the morning, and for sleep, it was taken after dinner.

Researchers found that CBD was better tolerated than psychiatric drugs, and that there was no evidence of any safety issues. They concluded that although there was significant improvement in sleep among some patients, CBD seemed to hold more promise as a treatment for anxiety.

CBD and Sleep in PTSD and Parkinson’s

One of the manifestations of Parkinson’s disease may be significant and disturbing physical movements during sleep because dreams are acted out. Called REM sleep behavior disorder (RBD), the movements can be intense and violent. In Brazil, researchers tested CBD on four Parkinson’s patients and found that it substantially reduced the occurrence of RBD.

Other research has found that CBD reduced nightmares in people suffering from PTSD. In an 8-week study, initial doses of 25–100 mg in capsules followed by daily doses of 1–16 mg in an oral spray were found to be effective. The exact doses were based on how individuals responded to the CBD.

What Kind of CBD to Take

Experts typically recommend starting low and going slow to avoid possible side effects such as drowsiness the next morning. In addition, some forms of CBD take longer to produce an effect, and if this isn’t considered, you could take much more than you need before the real effects kick in. Here’s an estimate of how long different forms take to produce an effect:

Individual reactions vary, so the right dose for one person may be too much or too little for someone else, and some forms may work better than others. The only way to tell is to try and see how you respond, starting with a low dose.

Creating a magnesium bath oil with added CBD is a great way to put your feet up and wind down at the end of a long day. Magnesium is often called “the relaxation mineral,” and luckily, it can be absorbed through the skin. This oil is the perfect ritual to soothe tension and help ease you into a deep sleep.