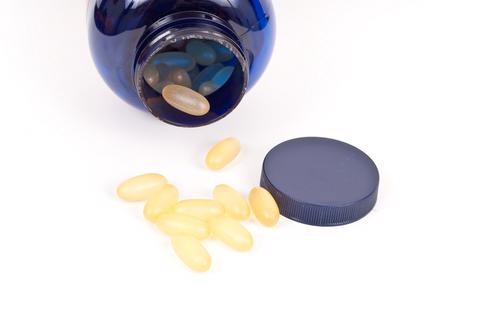 A healthy lifestyle will help you live longer and feel better. Learn about the benefits of Building a Strong Immune System as You Age.

As we age, our immune system weakens and becomes less effective at fighting off disease. This is why it’s important to build a strong immune system as we get older. There are many ways to do this, including eating healthy foods and getting enough sleep. But one way that I’ve found particularly helpful is by exercising regularly.

Exercise boosts your body’s production of white blood cells, which fight infection in your body. It also helps keep your heart healthy and can even improve memory! Here are some other reasons to exercise:

Muscle tissue makes up most of our body’s weight, so when we lose muscle mass with aging, we become weaker than before. Exercising builds new muscles, making us stronger overall.

When we have more energy, we tend to be happier people. We don’t need much convincing on this point – look around you. People who work out consistently report feeling calmer and having fewer mood swings.

As we grow old, bones naturally begin to break down. The good news? Regular physical activity slows this process down. In fact, studies show that women over 65 years old who participate in regular aerobic exercises like walking or swimming gain an average of 1% bone mineralization per year, while those who aren’t active only see 0.5%. That means if you start working out now, you could potentially increase your bone density by 10-20 percent later in life.

Studies suggest that exercise may actually slow the cognitive decline associated with Alzheimer’s Disease. One study showed that seniors participating in moderate-intensity workouts for 30 minutes three times weekly had slower mental deterioration rates than sedentary individuals. Another study published in the Journal of Clinical Endocrinology & Metabolism found that men between 55 and 75 who exercised vigorously could maintain their testosterone levels into their 80s. Testosterone has been shown to protect against dementia.

While arthritis isn’t caused by lack of exercise, research shows that people who frequently engage in high-impact activities such as running or jumping are less likely to develop osteoarthritis. Osteoarthritis occurs when cartilage breaks down due to wear and tear, causing pain and stiffness in the joint. If left untreated, OA can lead to severe disability and loss of independence.

Fortunately, there are things you can do to prevent OA from developing. For example, make sure you warm up properly before starting any intense workout. Also, try not to sit all day long, especially after lunchtime. And finally, avoid lifting heavy objects without using proper form.

Cardiovascular fitness declines as we age, but regular exercise reverses this trend. A recent review article published in the journal Circulation suggests that adults aged 60+ should aim for 150 minutes of moderate-intensity cardio training each week.

Moderate intensity refers to anything above 50% of maximum capacity. Maximum capacity is defined as how hard you can walk or run for 15 minutes straight without stopping. So if you normally walk 3 miles every morning, you would want to set aside time during the week to jog that distance instead.

Research indicates that being physically fit leads to higher self-esteem. This makes sense because feeling strong helps us feel more confident about ourselves. It also gives us something else to be proud of – our bodies!

Self-esteem refers to how much we value ourselves. Low self-esteem leads to negative thoughts and feelings, including anxiety, anger, guilt, and shame. Exercise increases confidence and positive emotions, making it easier to handle stressful situations. As a bonus, exercise releases endorphins, chemicals produced naturally within the body that make us happy!

According to one study, exercising regularly reduces insomnia symptoms by 40%, resulting in better overall health and well-being.

When it comes to staying motivated throughout the day, many experts recommend getting at least 20 minutes of daily exercise. But what does “exercise” really mean? Does it have to involve going on a strenuous hike through rugged terrain? Or maybe it involves just taking a brisk stroll around the neighborhood? Whatever kind of exercise you choose, remember to get moving so you don’t end up sitting too much throughout the rest of the day.

Many older folks struggle with maintaining healthy body weights. However, according to a new report released by the Centers for Disease Control, obesity among Americans ages 45 and older has increased by nearly 25% since 1980. Experts say that part of the problem lies within the way we eat today. We tend to consume large amounts of food yet fail to burn off calories efficiently. To help combat these issues, consider joining a gym where you can work out alongside other members. Not only will doing so boost your confidence, but it might even motivate you to lose some extra pounds.

Depression affects millions of American adults every single year. In fact, studies show that almost half of the seniors over 65 suffer from clinical depression. The good news is that physical activity has been shown to reduce feelings of sadness and hopelessness. Plus, it may improve moods by increasing levels of serotonin.

Many factors are involved in achieving longevity, but one factor stands out above all others: exercise. Numerous studies link increased physical activity to longer life spans. A 2007 report published in Preventive Medicine reports that sedentary men aged 60+ lived only two years beyond their expected lifespan compared to four years for physically fit men.

High blood pressure is another common condition affecting senior citizens. Regular aerobic workouts lower systolic blood pressures by an average of 10 points while diastolic readings drop by 5 points. These results were found in a 2009 meta-analysis conducted by researchers at McMaster University in Canada. They concluded that regular exercise was effective in lowering both systolic and diastolic blood pressures.

Cognitive impairment is often referred to as dementia. Alzheimer’s disease is the most common cause of dementia. Researchers believe that exercise plays a role in preventing memory loss and improving thinking skills. One reason could be that exercise stimulates growth hormones like IGF-1, which play important roles in learning and memory formation.

Exercise decreases the risk of a heart attack.

Heart attacks occur when plaque buildups block arteries leading to the heart. According to Circulation Research, people who exercised regularly had significantly less buildup of atherosclerotic plaques than those who didn’t. This suggests that cardiovascular fitness reduces the likelihood of having a coronary event.

Bone density declines gradually after age 30, especially if one isn’t active enough. Studies suggest that bone mineral content, or the total amount of calcium stored in the skeleton, rises about 1 percent per decade between ages 50 and 80. BMC peaks around 70 years old, then start declining again. If you’re concerned about losing bone strength, try adding resistance training into your routine.

Falls are the number one health concern for elderly individuals living alone. While there aren’t any proven ways to prevent them, exercises such as tai chi and yoga have been shown to decrease fall rates. Other activities include walking, swimming, dancing, and playing golf.

Diabetes affects nearly 20 million Americans today. Diabetes can lead to serious complications, including blindness, amputations, kidney failure, and even death. However, according to recent findings from the American College of Sports Medicine, moderate-intensity exercise three times weekly has been linked to reduced risks of developing type 2 diabetes among overweight/obese middle-aged women.

Obesity is a major contributor to chronic diseases like hypertension, high cholesterol, and Type II diabetes. But exercising regularly can actually promote healthy weight management. For example, a 2008 study showed that obese patients who participated in supervised group aerobics lost twice as much weight as nonparticipants did within six months.

In conclusion, I would say that it’s important to keep fit because we live longer now than ever before. We also need to be aware of our body and how it works. It’s not always easy, but it doesn’t mean we shouldn’t do something about it. Exercise helps us stay young and healthy.