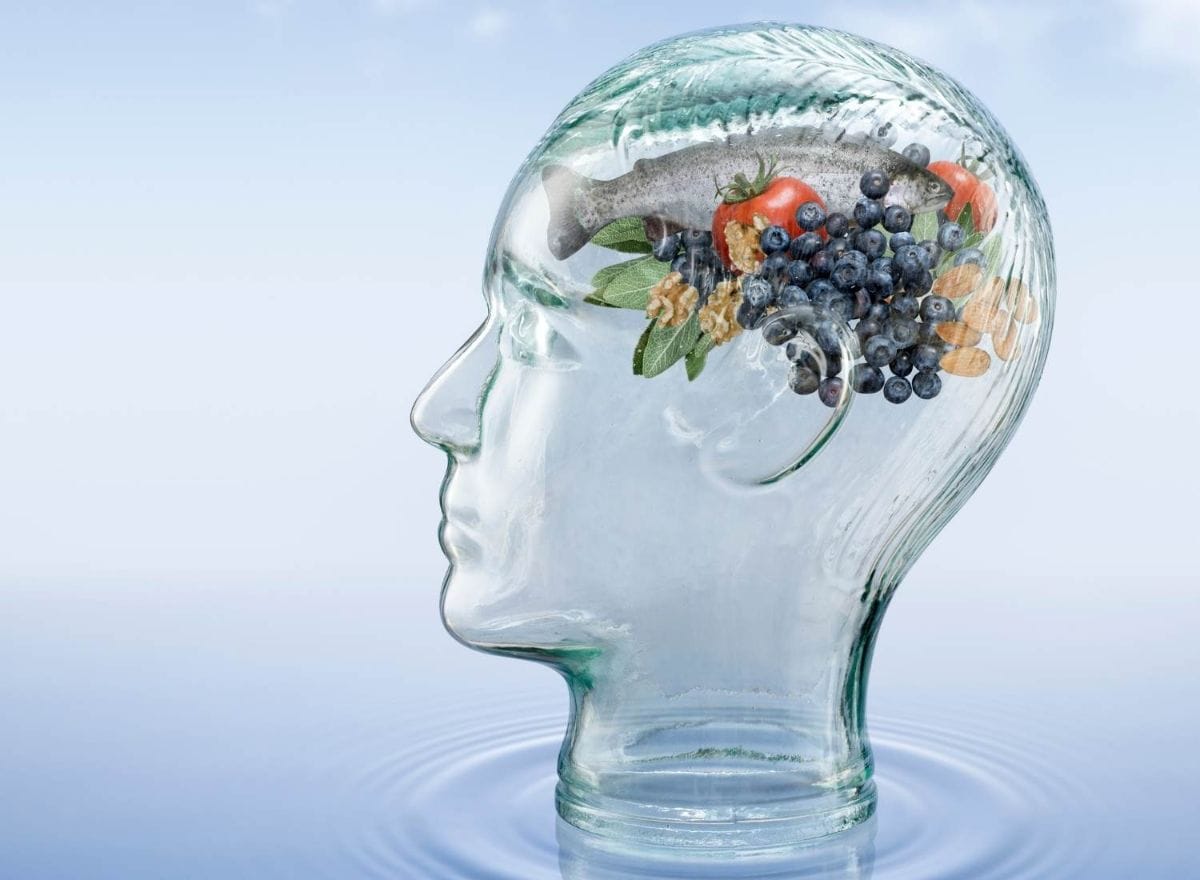 Science has proven that reducing animal consumption has huge benefits for your health, the environment, and the animals. How does a vegan diet affect your intelligence?

How a vegan diet can affect your intelligence

Many vegans also prevent clothing and other items that use animal products, such as leather or silk. The vegan diet has been proved to have a wide range of health benefits. A vegan diet typically (not always) is associated with a lower body mass index, lower cholesterol levels, lower blood pressure, lower rates of type-2 diabetes, lower overall cancer rates, and lower overall mortality.

Today, and especially in Western countries, people who adhere to a vegetarian or vegan diet have increased considerably for health reasons or animalistic causes. According to the BBC, there are more than 375 million vegetarians on the planet in the latest statistics. This diet is shown as a balanced and healthy diet. However, it generates a great controversy in nutrition over the possible deficits of some nutrients.

First, the vegan diet logically encompasses a smaller variety of foods. Therefore, more careful planning of all meals is necessary to cover all the body’s nutrients. As there is no animal input, there is no vitamin B12, essential for the body. Besides, some other nutrients may be compromised or ingested in insufficient quantity in this type of diet. Examples such as calcium, vitamin D, essential fatty acids in fish, or iron.

“A vegan diet could reduce your intelligence. Nutrients of interest include: creatine, carnosine, taurine, omega 3, heme iron, B12, D3, B6, selenium, folic acid and choline. Particularly worrying deficiencies for brain development,” Dr. Paul Mason, an expert in nutrition and sports medicine, has written in a “tweet.”

How can a vegan diet affect your intelligence?

There are many different reasons to cut out animal products from your diet. One of them is that they can affect your intelligence, and it’s no secret how fast the world is growing.

Nowadays, the number of people that are adopting veganism is expanding for many different reasons. A vegan diet can improve your heart health, prevent cancer, and many other health benefits. But is veganism good for your brain? Is it possible that going on a vegan diet can make you smarter?

The world is facing an obesity epidemic which has led many people to wonder whether a vegan diet can help. According to some people, the benefits of a vegan diet don’t stop at weight loss. There are also claims that it will increase your brainpower and help you to maintain your mental faculties in old age.

A vegan diet is considered a very healthy diet that is often followed by people who want to adopt a healthier lifestyle and does not include any animal food products. A vegan diet will consist of foods from plants and have things like fruits, nuts, grains, vegetables, and legumes. By the definition of a vegan, no animal products are included in their diet. Some people follow this diet because they believe that it is the right way to live as a human; others follow it for its health benefits; some do so because they think it will be better for the environment.

Veganism is a lifestyle that more and more people choose to live by. There are many reasons why people want to go vegan — it can be for health reasons, animal rights, sustainability, or a combination of factors.

A vegan diet is a “pure” plant diet containing no animal products. Vegans do not eat meat, fish, poultry, or any other products obtained from animals. The word is also often used to refer to lifestyle.

It’s widely known that their parents largely influence a person’s intelligence, but a new study shows that it may also be linked to one’s diet. Researchers at the prestigious Massachusetts Institute of Technology (MIT) discovered that the amount of B12 in a person’s blood had been directly correlated with their IQ.

According to a team that included researchers at the Friedman School of Nutrition Science and Policy at Tufts University, people who have low levels of vitamin B12 in their blood have lower IQs than people with normal levels of the vitamin. The researchers also found that B12 is linked with higher cognitive performance in people whose vitamin levels are not yet low but are lower than optimal.

Did the meat make us human?

Apart from these shortcomings, nutrition experts are now raising another issue that can call into question the adequacy of this increasingly booming diet: could this deficiency affect the ability to think?

There’s been intense debate amongst anthropologists about what our early ancestors ate. Some studies even point out that meat consumption is what made us human.

One reason for this theory is that intelligence needs to be “fed”: the brain devours about 20% of our daily calories, although it only accounts for 2% of our body weight. And what better way to find the wide variety of fats, amino acids, vitamins, and minerals that these organs require than by eating animals, which already include these nutrients.

In 2016, the German Nutrition Society categorically stated that vegan diets are not recommended for children, pregnant or nursing women, and adolescents, supported by a research review in 2018. In Belgium, forcing your children to eat a vegan diet can lead you to spend time in prison.

But does it damage our intelligence? The only research was conducted at 555 schoolchildren in Kenya, fed three different types of soup – with meat, milk, or oil – or did not receive soup during seven school periods. You examined them before and after to see how their intelligence evolved.

According to this research, the children who received the soup containing meat each day seemed to have a significant advantage. At the end of the study, they outperformed all other children in a nonverbal reasoning test.

Along with the children who received oil soup, they were also the best in an arithmetic skill test.

This study, while inconclusive, raises some unknowns about whether veganism might be slowing some people’s mental development.

Experts seem to agree that there are essential brain nutrients that don’t exist in plants or mushrooms.

Creatine, carnosine, taurine, EPA, and DHA omega-3 (you can find the third type in plants), heme iron, and vitamins B12 and D3 are generally found naturally in foods derived from animal products. Among other foods, vegan food tends to contain relatively small amounts of these.

The benefits of a vegan diet

Are you a vegan or vegetarian? Or are you considering becoming a vegan? If so, you may want to know what health benefits are associated with a vegan diet. I am sure this concerns you, and you have probably seen several arguments for and against a vegan diet. If you want to lose weight, it is important to understand that there is no one size fits all type of diet; however, there are several advantages to such a diet.

The main principle of veganism is that it rejects all forms of exploitation of animals for human purposes. A vegan lifestyle is seen by many to be the way to respect animals. Also, protect the environment from destruction, and reduce the risk of human diseases caused by eating animal-based foods.

So, is a vegan diet safe?

One of the questions that many people are asked is about eliminating animal products from their diet. The answer can seem complex, but it’s pretty simple. A vegan diet can be safe for you and your family if it’s done right.

Protozoa, Eimeria and Cryptosporidium, are parasites that cause potentially fatal diseases in fish and shellfish. A U.S. Centers for Disease Control and Prevention report indicating that each year 123,200 cases of parasites from animal-based foods occur in the United States, suggesting a lack of consumer awareness about the risk of foodborne infections. Most cases are caused by eating undercooked or raw fish or shellfish. Examples are sushi or sushi-grade fish — and certain raw vegetables, fruits, and nuts, while others are caused by eating unpasteurized milk products.

A diet for the smart?

Surprisingly, another study in the UK concludes that “the higher the IQ, the greater the chances of being vegetarian.” This work was published in the British Medical Journal. In this research conducted 20 years after completing the first IQ tests on children, 366 participants claimed to be vegetarians, although more than 100 said they still ate chicken or fish.

Therefore, vegetarian adults got, on average, 5 more Intellectual Coefficient (CI) fuckers than they were not.

In short, the “boom” of vegetarians, vegans generates numerous medical doubts, and therefore the option of the flexitarian diet, based on balance, achieves more and more adherents every day.