A Trail Runner's Mindset provides training, tips, and motivation for runners of all abilities on and off the trails.

A Trail Runner’s Mindset provides training, tips, and motivation for runners of all abilities on and off the trails.

Running trails on nature’s terms helps you connect with the world more intimately. Your practice isn’t confined to concrete and blacktop; it is often exposed to wind, rain, sun, and snow. You might run through creeks or over rocks and roots. You learn to be sensitive to changes in terrain, your footing, the weather, and wildlife. It’s an endless adventure that can help you build confidence and the ability to adapt.

What does it mean to have a trail runner’s mindset

To be a trail runner, you need to have a certain mindset. You need to:

Trail runners are not just weekend warriors who occasionally venture into the woods. They are adventurers who live in the woods year-round, braving harsh winters and unpredictable weather with only a tent and a backpack for protection. Trail runners are not afraid of getting lost or running out of water because they know how to avoid those situations by staying alert and following their gut instincts when necessary.

What does it mean to have a trail runner’s mindset?

It means accepting that there will be times when you feel like giving up but don’t; instead, you push through because someone else needs you — maybe someone is injured or lost, maybe someone else needs help carrying their pack or finding their way back home without getting lost again. If you’re ever going through an emotional crisis or mental breakdown, take yourself out on the trails for a day or two: You’ll gain strength and confidence with each step you take.

Trail running is more than just a physical activity; it’s a mindset. A trail runner’s mindset is adventure, courage, and perseverance. When you have a trail runner’s mindset, you see the world as an endless playground full of possibilities for exploration and growth. You are not afraid of obstacles; instead, you view them as challenges to be overcome. You know, that nature is not always easy, but it makes it so rewarding.

How can adapting help you in other areas of your life

In my mind, I am always the best in the world.

A trail runner’s mindset is different than a road runner’s. A roadrunner can put on their shoes and go out for an easy run. A trail runner needs to be prepared for mud, rocks, hills, roots, etc. They need to be ready for anything that comes with injuries, weather changes, etc.

Trail runners are typically more aware of their surroundings than road runners are because they’re constantly looking at the ground below them and the terrain around them. A trail runner must be able to pay attention to what’s going on around them, so they don’t get hurt or fall off a cliff or something like that!

A trail runner’s mindset is constantly evolving. It’s about being open to new ideas and being willing to adapt.

If you are a trail runner, you know that running on the trail is like nothing else. Sure, some roads and sidewalks make up most of our running routes, but something about the trail keeps us coming back for more.

Trail runners have a special bond with nature, and they can’t get enough of it. A trail is where we can clear our heads and focus on what matters most. It’s our sanctuary from the hustle and bustle of everyday life, and it allows us to reconnect with ourselves in ways that aren’t possible in other places.

The elements are part of the experience.

The elements are a part of the experience.

In my mind, there is no such thing as bad weather. It might be annoying if you’re on a trail run and it’s hot out because you’re getting sunburned and dehydrated faster than normal. But it’s not “bad” weather-it’s just something to run through until you find some shade or water.

But if you have to stop running because of lightning or hail storms, that’s not fun! The point is: Be prepared for whatever Mother Nature throws at you but don’t let these things stop your adventure.

Look around at other runners and hikers, but don’t stare.

Take in the scenery around you – trees, sky, and mountains (but not too much).

Get out of your comfort zone.

One of the greatest lessons a trail runner can learn is to take risks. If you’re doing the same thing day in and day out, you will hit a plateau, and your progress will slow to a halt. Push yourself off that plateau by trying something new.

Think about it: if you are always running on the same trails with the same people at the same pace? You’ll start to get complacent and bored with what’s around you. It’s essential for us as human beings as runners and in life in general (and even more so for runners) that we try new things; we need change!

The point is to take risks but be smart about them.

Don’t let anyone tell you what you can or can’t do.

One of the best things about trail running is that there are no rules. You can go as fast or as slow as you want, run whatever distance you feel like, and take whatever route you please. There are no referees to tell you whether or not you’re doing something “right” – it’s all up to you! And that’s how it should be. So if someone tells you that you’re not running “properly” or that your technique is wrong, ignore them.

See also
Are you Ready to Run? Benefits Versus Risks

In trail running (and in life), it’s important to remember that you are not competing against anyone but yourself. It doesn’t matter what other people are doing – all that matters is what YOU are doing. So if you see someone flying by you on the trails, don’t get discouraged – keep running YOUR race and focus on YOUR goals.

Remember: comparisons are useless. Because somebody else is faster/stronger/better than you does not mean that you are less than a runner (or a person). We are all on our journey and have different things to offer.

You should always expect the unexpected. As a trail runner, you’re going to encounter many things that are new and unfamiliar. You never know what will happen on your next run; it could be the most amazing thing ever or turn into an absolute nightmare. Either way, it shouldn’t ruin your experience.

Be prepared for the unexpected. An excellent example of this is learning how to navigate low-light situations. You don’t get lost when running at night or early in the morning, with little sunlight available for navigation needs such as map reading. If something goes wrong during your run, remember that it isn’t necessarily bad news! The unexpected can sometimes lead us down paths we would never have seen before if we were following our planned route-and, those experiences could often be some of our favorites!

Trail Running Can Make You a Better Person

Trail running can be an excellent way to get out of your comfort zone. If you’re a trail runner, you know what I’m talking about. You’re out there alone on the trail, and there’s no one around to distract you from your thoughts. This can be difficult for some people who are used to being surrounded by others at all times or who find themselves easily distracted by their surroundings.

Trail running can also help people learn how to be more patient-they must wait for the correct moment before crossing or stepping on slippery surfaces so that they don’t slip and fall off a trail! On top of this, many trails have obstacles like rocks or fallen trees that require careful steps to not trip over them while running along at high speeds (which would result in injury).

Finally, trail runners tend to become more observant while running than they would otherwise because they need to pay attention to where they step to avoid falling over any obstacles along their path. If they don’t pay attention, they could miss something important, such as an animal hiding in tall grasses nearby that might attack them if startled by the sudden movement made by humans passing nearby…

You never know what to expect when you head out for a trail run. The weather might be perfect, or you might get caught in a downpour. The terrain might be flat and easy or hilly and challenging. You never really know what will happen, and that’s part of the appeal.

See also
How effective is running for weight loss?

Trail runners also have to be mentally tough because not all trails are straightforward; some are brutal. They need to be able to push themselves past their limits — even when those limits aren’t very high compared to other athletes — to finish the race!

Trail running can be a great way to build mental toughness. When you’re constantly faced with new and challenging situations, you learn how to deal with adversity and keep going even when things are tough. This can translate into other areas of your life, making you more resilient overall.

So next time you’re feeling like giving up, think about how good it will feel to finish that tough trail run.

A trail runner’s mindset can be useful for running off-road or in life.

If you’re new to trail running or have been doing it for years and want to push yourself further, a trail runner’s mindset can be a helpful perspective.

Trail running is a great way to clear your head. Being outdoors in nature with no distractions and the physical challenge of running can help focus your mind on what’s essential in life.

Trail running is a great way to get in touch with nature. Running outside has its unique pleasures: seeing animals and birds up close, smelling flowers you might have otherwise missed, and listening for the sounds of other runners or dogs on nearby trails; these are all part of what makes trail running so special!

There will be times when trail running is tough – tough. But that’s okay! Embrace the suck and push through it. Remember: the tough times make the good times even sweeter.

So next time you’re out on the trails, remember these things and enjoy the run!

We hope we’ve inspired you to rethink your assumptions about trail running and give it a try next time you’re on the trail. It’s a great way to build up your endurance and confidence as a runner, but it also helps you gain perspective on the world around you. You’ll start to appreciate corners of nature that are right under your nose because they’re more accessible. That’s wonderful! 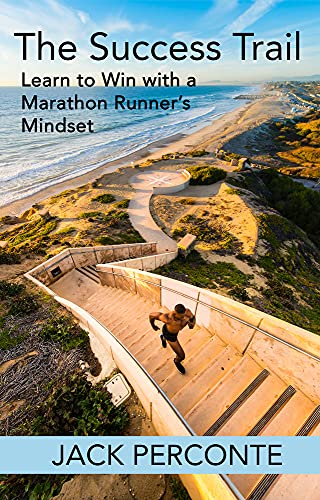 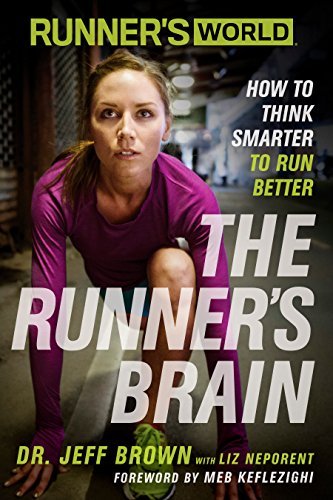 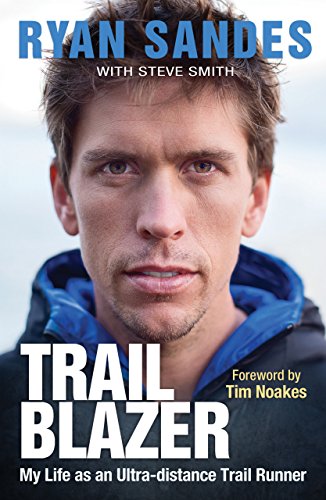 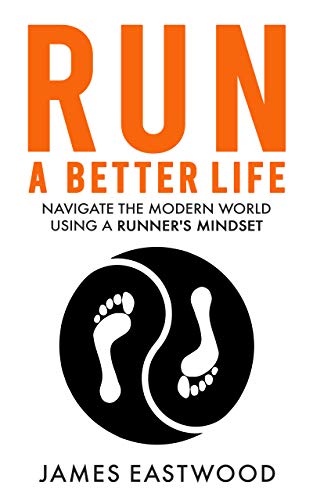 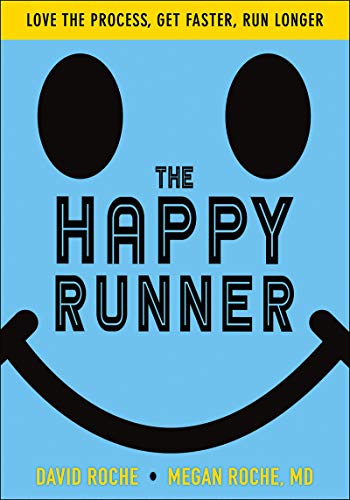 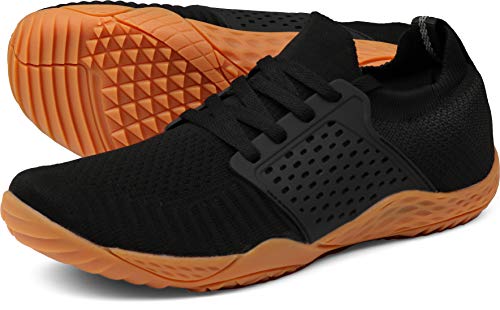 The Best Sports To Play for a Good Workout

Treating Lipoedema and Getting Rid Of Excess Fat

The Best Ways To Get the Most Out of Leg Day